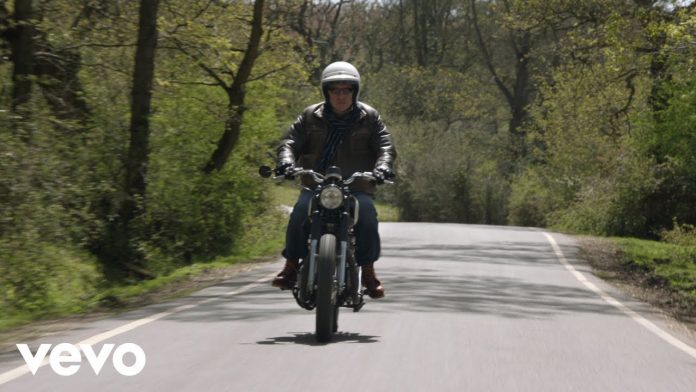 In celebration of his upcoming ninth solo studio album, Down The Road Wherever (out November 16 on British Grove Records via Blue Note), Mark Knopfler is set for a 28-date North American tour kicking off on August 16, 2019 at the Foxwoods Resort Casino in Mashantucket, CT. See below for a complete list of dates.

On tour Knopfler will perform with an expanded ten-piece band, most of whom have been working with him for more than two decades: Guy Fletcher (keyboards), Richard Bennett (guitar), Jim Cox (piano), Mike McGoldrick (whistle and flute), John McCusker (fiddle and cittern), Glenn Worf (bass), Danny Cummings (percussion) and Ian Thomas (drums). New additions include Graeme Blevins (saxophone) and Tom Walsh (trumpet).‘My songs are made to be performed live,’ notes Knopfler. ‘I love the whole process of writing them alone and then recording them with the band, but ultimately the best part is playing them to an audience live. I enjoy the whole circus, travelling from town to town and interacting with this group of players is a total pleasure. I’m really looking forward to it.’

Down The Road Wherever — recorded by Knopfler in his West London studio, British Grove — features 14 new songs inspired by a wide range of subjects, including Knopfler’s early days in Deptford with Dire Straits, a stray soccer fan lost in a strange town, the compulsion of a musician hitching home through the snow and a man out of time in his local greasy spoon diner.

Knopfler explains, ‘Down The Road Wherever’ is a line from [album track] ‘One Song At A Time.’ I remember my pal Chet Atkins once saying that he picked his way out of poverty ‘one song at a time,’ and it just stuck in my mind. You get to an age where you’ve written quite a few songs. But Down The Road Wherever seems to be appropriate for me just because it’s what I’ve always done. I’ve always tried to make a record and also to keep my own geography happening in the songs.’

Knopfler has previously released eight solo albums, as well as Neck And Neck with guitar great Chet Atkins and All The Roadrunning with Emmylou Harris. He has also created film soundtracks for Local Hero, The Princess Bride and Cal. In addition to producing his own records, Knopfler has also produced albums for Bob Dylan and Randy Newman, amongst others. Knopfler was made an Order of the British Empire in 1999 and was given the prestigious Lifetime Achievement Award at the Ivor Novellos in 2012.

Down The Road Wherever will be available via digital download, CD, double vinyl, deluxe CD with three bonus tracks and a lavish box set that will include the album on both vinyl and deluxe CD and an additional 12” vinyl EP with 4 bonus tracks, a 12” print of the artwork and a 12” guitar tablature of ‘Back On The Dance Floor.’