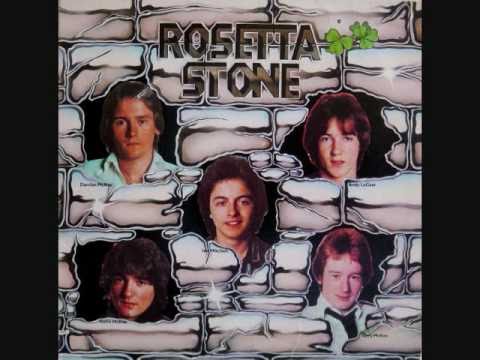 Rosetta Stone were a British gothic rock band formed in the mid-1980s by Porl King (guitar/vocals/keyboards) and Karl North (bass), plus their drum machine and synthesizer rack nicknamed “Madame Razor”.
Their cover of Cream’s Sunshine Of Your Love was the only single released from their self titled album on Private Stock Records in 1977. Rosetta Stone were one of the biggest names in the 1990s UK goth live circuit, due both to frequent and extensive early touring and to the successful independent promotion and sales of their records. Porl King was one of the few well-known goth musicians to contribute actively to online discussions with fans, for example on Usenet’s uk.people.gothic newsgroup.