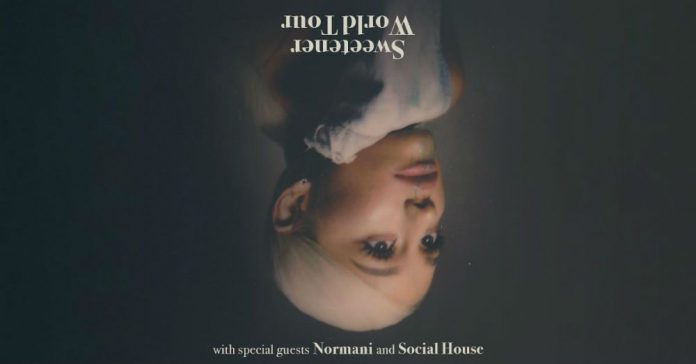 Produced by Live Nation, The Sweetener World Tour kicks off March 18 in Albany, NY and will cross North America through June 26 in Toronto, ON. Previously revealed special guests Normani and Social House will also perform on each stop.

2018 marks yet another historic year for GRANDE. She concluded a banner twelve months with the distinction of being named Billboard’s “Woman of the Year” and receiving a pair of GRAMMY® Award nominations in the categories of “Best Pop Vocal Album” for her latest album Sweetener and “Best Pop Solo Performance” for “God Is A Woman.” Simultaneously, her recent single “thank u, next” bowed at #1 on the Billboard Hot 100 and smashed the record for “Most Spotify Streams for a Song By A Female Artist in a Single Week.”