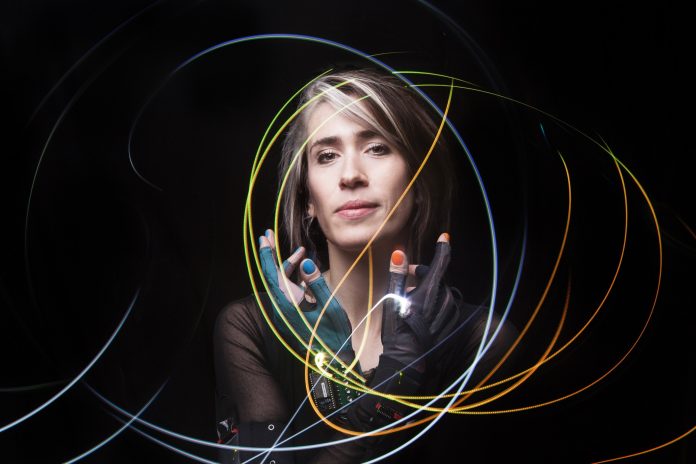 Globally renowned tech innovator and award-winning recording artist Imogen Heap, recognized for creative works including Hide and Seek and Tiny Human, has announced her first world tour in eight years, which will bring together content creators, fans and the industry in a unique and innovative format.

Comprising of concerts, talks and workshops, the 40-city tour will be used as a platform to officially launch Mycelia’s ‘Creative Passport’ – realising a vision of the future which sees music makers connected through a verified and decentralised ecosystem, promoting artist-led, fair and sustainable operating practices.

Using emergent blockchain technology, the ‘Creative Passport’ – which is unique to each music maker and empowers them to be ‘open for business’ – contains personal information, existing IDs, acknowledgements, works and business partners. Featuring template ‘smart contracts’, it enables quick and easy direct payments to simplify and democratise collaboration from meaningful commercial partnerships to creativity.

After a vibrant and successful 2018 around Europe, Mycelia is embarking on its 9-city North American leg of its world tour from April – June of 2019. The tour kicks off in Miami and will pass through Washington, DC, New York, Chicago, Toronto, Boston, Austin, Seattle and San Francisco.

Events in each city will feature some or all of these elements:

• Live concerts performed both solo by Imogen Heap and with Guy Sigsworth. Reuniting to play together for the first time since 2003 as electronic duo Frou Frou
• Music maker workshops connecting the Mycelia tour with local music makers, technologists and industry influencers to profile the development of the ‘Creative Passport’
• Family workshops which will include children building and coding their own MIni.MU Gloves
• Talks at leading industry conferences where Imogen will speak on the technologies which are positively shaping the future of the music ecosystem, building better business and audience relations with music makers

As part of her involvement in making music, Heap has pioneered technologies to humanise the technology surrounding creation, performance business operations for her 20+ year career in music and better reward artists for their work. These include her MI.MU gloves, a gestural music making system, and Mycelia’s ‘Creative Passport’.