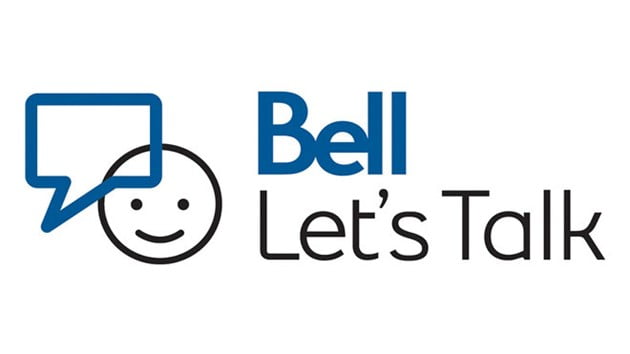 Bell Let’s Talk Day 2019 is coming up on Wednesday, January 30, and this week marks the start of the mental health initiative’s national awareness campaign leading up to the world’s biggest conversation about mental health.

The campaign features 41 Friends of Bell Let’s Talk, Canadians from around the country telling their personal stories of living with mental illness and inviting everyone to join in on January 30 to drive awareness and action in mental health. Supported by a wide range of Canadian media organizations, the campaign is appearing nationwide on television networks, radio, social media and out-of-home advertising, in newspapers and on movie screens.

Bell donates 5 cents to Canadian mental health programs for each of these interactions on Bell Let’s Talk Day at no cost to participants beyond what they would normally pay their service provider for online or phone access:

Total Bell Let’s Talk Day interactions since the first event in 2011 stand at 867,449,649 and are expected to exceed 1 billion on January 30. Bell’s funding commitment for mental health, including the company’s donations based on Bell Let’s Talk engagement and its original $50-million donation to launch the initiative, is now $93,423,628.80 and expected to surpass $100 million on January 30.

Last year, Bell Let’s Talk set all-new records with 138,383,995 messages across all platforms, growing Bell’s funding for Canadian mental health last year by $6,919,199.75. #BellLetsTalk was the most retweeted Twitter hashtag by Canadians in 2018 and became the most-used Canadian hashtag of all time.