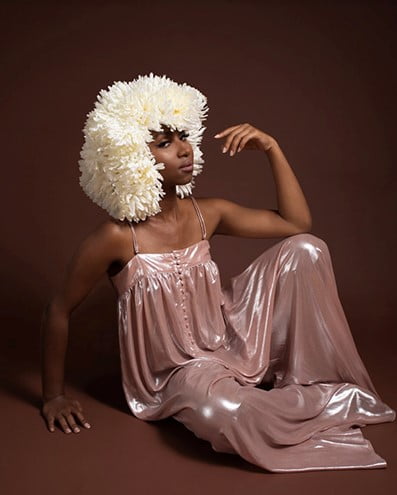 “It’s a fusion of fresh Canadian and Jamaican reggae music,” Chelsea Stewart shares of the chart-topping release, Genesis. “It’s a collection of songs about the different phases of love, all with the ‘beginning’ and original reggae music in mind.”

Much like the tracks — including “Over You”, which hit #1 on three Canadian reggae charts — Stewart’s voice is like a cold glass of lemonade served crisp and sweet on a hot summer’s day. The multi-talented singer/songwriter is classically trained and deftly showcases a dynamic range within genres and styles, from classical to jazz to everything in between.

Stewart has won ReggaeXclusive Magazine’s Song of the Year, a Trailblazer Award, an Entertainment Award for the International Woman Achievers’ Award, and a Caribbean Entertainment and Music Award. She was the first Canadian female to perform at Rototom Sunsplash, the biggest reggae festival in Europe, in their 22 year history.

While songwriting since her early teens, on Genesis she welcomed the skills from someone close in her corner — her mom.

“I enjoy the creative process of songwriting with my mother,” Stewart shares of their unique partnership in this regard. “I’m pretty sure we are the only mother/daughter songwriting and production duo in reggae music — if not all music — in Canada right now!”

The pair’s synergy has proved to be a tour de force.

“This is a song about empowerment,” she explains about the aforementioned chart topping track, “Over You.” “It’s about recognizing that you are in a romantic situation that doesn’t serve you, and about mustering the courage to leave.

“It was a different and pleasant experience,” Steward adds about “Just Wanna Love You” — a track the pair worked with other songwriters on, including Canadian Renee Brown. “That writing collaboration turned out to be one of our favourites from the collection. Working with legendary music makers Sly and Robbie out of Jamaica — who’ve worked with great names like Mick Jagger, Sting, Grace Jones, and so many more — was humbling and exciting at the same time.”

“Perfectly Lonely” has been tucked in Stewart’s back pocket for some time. “I wrote this back in grade nine,” she recalls. “It’s my mom’s favourite song. It’s about having the patience to wait for your true love, and staying busy ‘doing you’ in the meantime.”

The last song may have been all Stewart’s penmanship, but the first on Genesis — “Do You Love Me” — was all her mom. “It was fun watching her create this song,” Stewart gushes. “We were in Jamaica and she was writing it and singing it while I was in the shower. Then, somewhere in the middle of it, I stuck my head out the door and added the ‘ohhhs” and we just started laughing together. It was funny… I think we knew we found a good song!”