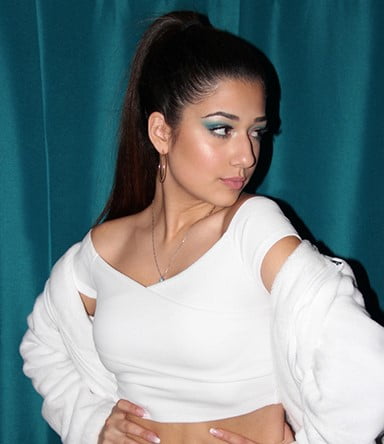 “It encompasses that nostalgic feeling associated with a past relationship,” Rose muses on the track, which has seen early support from influential playlisters Stopify, Caltify MX, and more. “It’s about dwelling on the memories made with a once-special someone, and wishing for a ‘do-over.’”

Heartbreak is one of time’s oldest tales, and Rose’s perspective serves those related mixed emotions to audiences on a sonic silver platter. “Mixed feelings are inevitable result of an unexpected split,” she says. “This song is about knowing you’ve lost any chance of rekindling those same feelings, and fantasizing about ‘rewinding’ time before the connection was lost.”

Matters of modern romance feature predominantly in Rose’s extensive songwriting repertoire; 2018’s breakout releases “Games” and “Circles” tackled love gone awry with a contemporary edge, and were critically acclaimed by the likes of Spotify’s New Music Fridays, Neptis, The Feels, 100FM, Inspot Music, Esydia, Noble Vybe, The Fresh Committee, and more. She has been dubbed an “amazing young talent, incredible vocalist and witty lyricist” and a “sheer joy” to work with by 80 Empire of Universal Music Publishing Group.

This month, Neena Rose will be the first young Canadian female artist at the California Copyright Conference in Los Angeles; she will appear at the “Young Guns — Innovative and Thriving in the New World Music Order” event on Tuesday, March 19th.