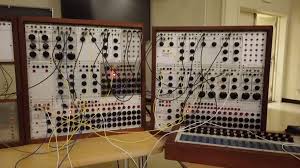 For years, an urban legend circulated online and in documentaries purporting how part of a groundbreaking musical instrument — versions which are stored at a Bay Area university and other institutions — was dipped in LSD.

Online chatter detailed how musicians who used the instrument would wet their finger, touch the device, and then lick their finger to get a little bit of mind-expanding inspiration.

Now this supposed myth may turn out to be a reality.

“There was like a residue … a crust or a crystalline residue on it,” …About 45 minutes later, Curtis began to feel a little strange. He described it as a weird, tingling sensation. He discovered this was the feeling of the beginnings of an LSD experience or trip. The sensation lasted roughly nine hours.