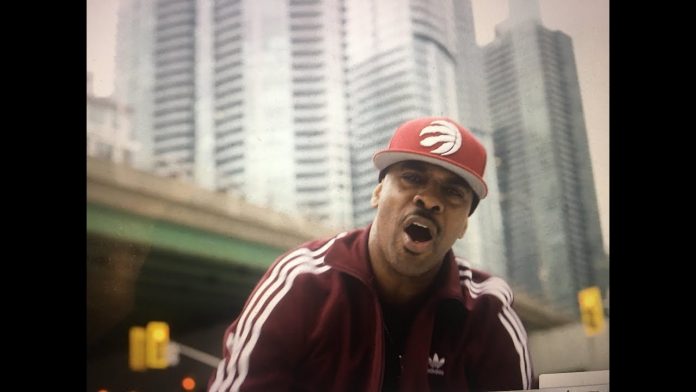 Produced and featuring Rich Kidd, the track and video is a celebration of the award-winning artist’s hometown team and their fans who gather outside the stadium for games.

Shot by Lee Solo and edited by FLX VSN, “Jurassic Park” was initially featured on Maestro’s 2017 LP Coach Fresh — available on all platforms.

The video comes amidst Williams’ latest release, Champagne Campaign, an album that marks his 30th anniversary of exploding onto the scene with 1989’s iconic Symphony in Effect. Its success blazed a fiery fresh trail, becoming the first hip hop release to receive a JUNO Award for Best Rap Recording of the Year, and first Canadian hip hop album to reach Platinum status.

With 14 JUNO nominations (plus a second win, this time for Best Video in ’91), real estate on the Scarborough Walk of Fame, anthems on repeat for both ’14 and ’16 Olympics — to say the least — Williams is easily considered one of Canada’s premier and most notable multi-media personalities. His previous 2017 LP Coach Fresh was also nominated last year for another JUNO Award, and he just wrapped up eight seasons playing the role of Vice Principal Paul Dwyer on the CBC hit sitcom, Mr. D.