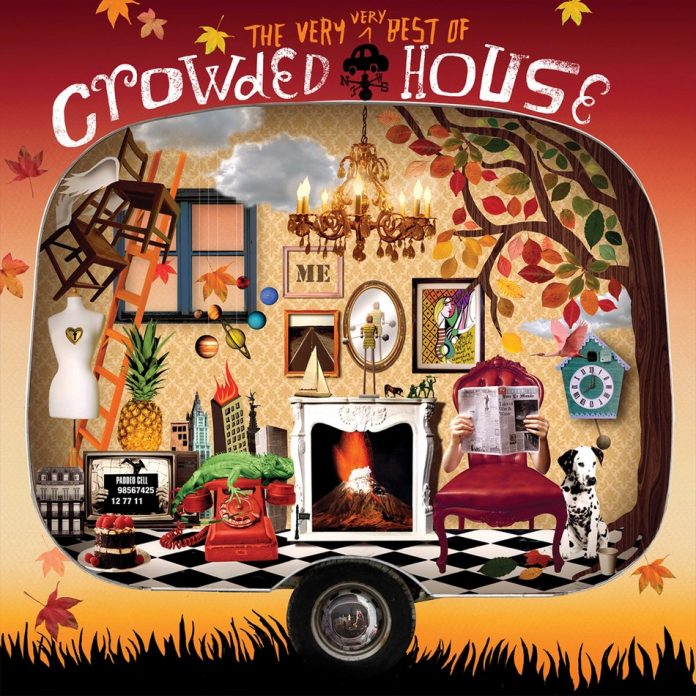 Originally issued on CD in 2010, The Very Very Best Of Crowded House is set to make its long-awaited vinyl debut on July 12 through Capitol Records/Universal Music.

Also released, a special Limited-Edition Orange Vinyl version is available at key physical retailers across the Globe, making for an essential compendium for both committed fans and first timers.

Boasting 19 career-spanning tracks, the collection documents Crowded House’s legend-enshrining period with Capitol Records/EMI which began with their self-titled 1986 debut and concluded with their 2007 reunion album, Time On Earth. The tracklist features all the celebrated antipodean outfit’s signature hits (“Don’t Dream It’s Over,” “Better Be Home Soon,” “Weather With You,” “Fall At Your Feet,” “Distant Sun”) in addition to “Instinct” and “Not The Girl You Think You Are” from the 1996 compilation, Recurring Dream, and “Don’t Stop Now” and “Pour Le Monde” from the well-received Time On Earth.

The Very Very Best Of Crowded House was a Top 20 hit in both Australia and New Zealand on its initial release in 2010 and it attracted considerable international acclaim, returning to the Australian ARIA Top 5 in 2016 around their 30thAnniversary “Encore” performances on the steps of the Sydney Opera House. Classic Rock’s review remarked, “it’s hard not to be wowed by this back catalogue of golden pop genius” while the BBC declared, “Crowded House have a catalogue that features so many gems that they should be held in the high regard primarily reserved for acts that came before them, the likes of The Beatles and the [Rolling] Stones.”

Crowded House split after a high-profile – and extremely emotional – final show performed for an estimated 250,000 people outside Sydney’s famous Opera House, on 24 November 1996, which was captured on the Farewell To The WorldDVD. Despite Paul Hester’s tragic death in 2005, Finn and Seymour reformed the band in 2006 alongside Mark Hart and former Beck drummer Matt Sherrod, going on to record two further albums, Time On Earth and 2010’s Intriguer. Crowded House were inducted into Australia’s ARIA Hall Of Fame in November 2016 and to date have sold upwards of 10 million albums worldwide.