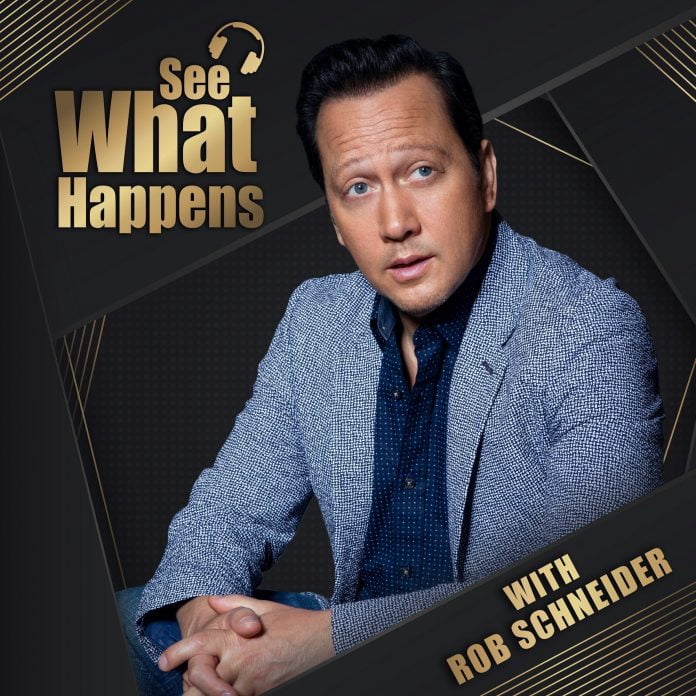 “I love in-depth conversations. Especially about inconsequential nonsense,” says Schneider. “I’m proud to be able to bring this nonsense to people who are stuck in traffic and need a good laugh!”

A house-hold name and a bona-fide comedy star, Rob Schneider, is well known for his trademark blend of character and comedic acting, and has become one of the most popular touring acts in comedy. Schneider created and stars in the Netflix comedy series “Real Rob,” which focuses on the day-to-day hijinks of the actor’s life. The series marks the first time any actor has ever written, produced, starred, directed and financed an entire season of a television show.  Schneider first came to prominence on NBC’s “Saturday Night Live,” along with his SNL friends Adam Sandler, David Spade, and Chris Farley. Schneider has starred in some of the top comedy features of the past 20 years including “Grown Ups,” “You Don’t Mess with the Zohan,” “Big Daddy” and ‘The Waterboy.” He also starred in the movie “Deuce Bigalow: Male Gigolo,” which was the second highest grossing DVD in the US in 2000, along with “The Hot Chick” and “The Animal.” Up next, Schneider will be reunited with friends, Nick Swardson and Spade, in the upcoming Netflix film “The Wrong Missy.” Schneider is currently touring across the country with Sandler on the 100% Fresher Tour.

“See What Happens” is produced by David Tanner with original music by Breed Music. All episodes can be found for free on iTunes, Spotify, Stitcher, Google Play and RobSchneider.com.