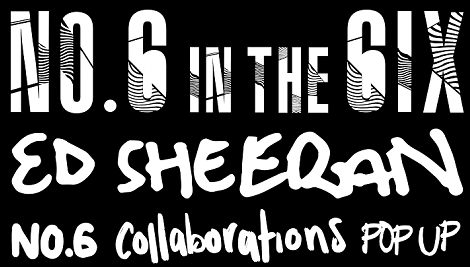 Ed Sheeran has announced a series of pop up stores around the world in celebration of the release of his new album “No.6 Collaborations Project.” Toronto fans will get a chance to purchase exclusive merchandise only being made available for two days or while supplies last. Toronto will host the only Canadian pop-up store, which will open for two days next week. It takes place at 277 Queen St. W, Toronto on Friday, July 12 and Saturday, July 13 between 10AM–7PM.

Limited edition merch will be made available exclusively at the pop-up store. Ed’s “No. 6 Collaborations Project” CD and vinyl will also be for sale. Fans who purchase two or more merch items will receive a free commemorative “No.6 in the 6ix” bandana. Fans can also take a 180 degree photo in the No.6 Collaborations Project photo booth. Other Ed Sheeran pop-ups will open around the world simultaneously with the Toronto store. For a full list of stores here.