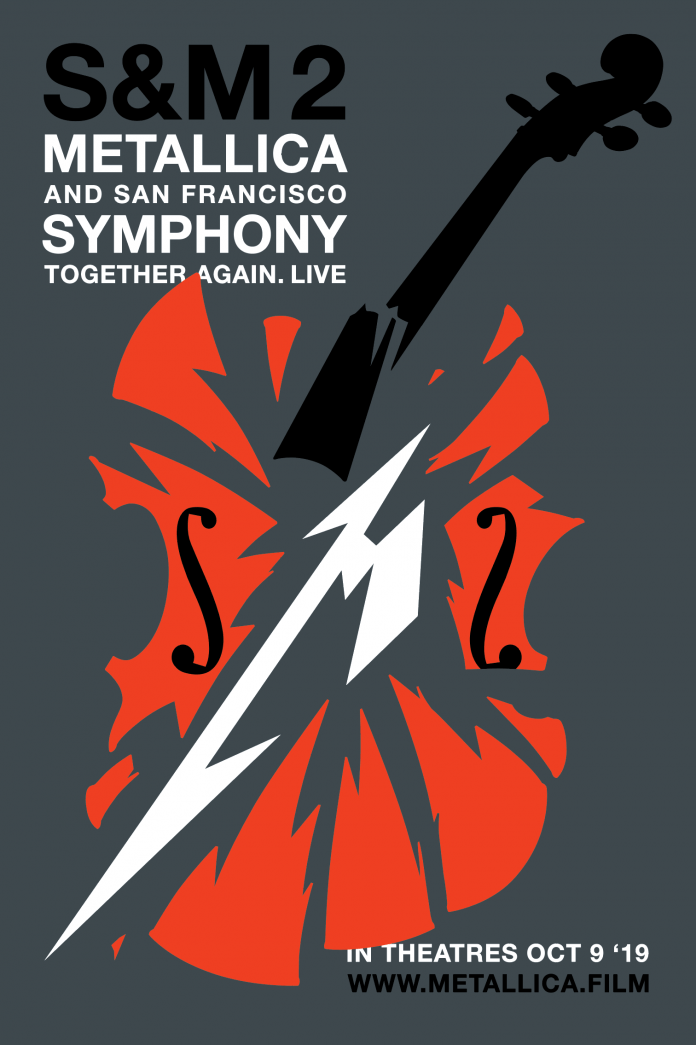 Tickets will be on sale on August 7 here.

The original S&M concerts were performed by Metallica and San Francisco Symphony and conducted by the late Michael Kamen in spring of 1999 at the Berkeley Community Theatre. 2019’s S&M² concert will feature the first live performances of these arrangements in 20 years, plus the first-ever Metallica and San Francisco Symphony renditions of songs written and released since the original concert, with new orchestral charts by Bruce Coughlin.

This announcement follows a busy 2019 in music for Trafalgar Releasing with the upcoming release of Roger Waters Us + Them, Rush: Cinema Stangiato, The 9th Annual Grateful Dead Meet-Up at the Movies coming to cinemas worldwide for the first time ever and BRING THE SOUL: THE MOVIE, the latest film from K-Pop phenomenon BTS. Recent releases have included Tribeca documentary Between Me and My Mind about Phish front man Trey Anastasio, The Cure – Anniversary 1978-2018 Live in Hyde Park London, Khalid Free Spirit and The Music Center presents Joni 75: A Birthday Celebration.