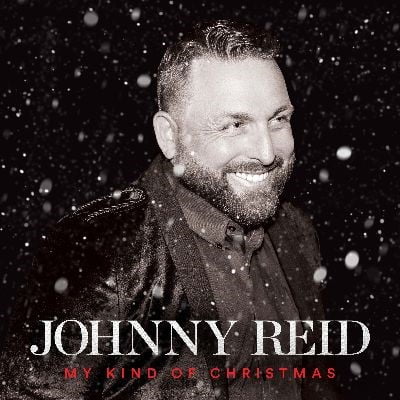 Today, award-winning Canadian artist Johnny Reid shares details of his new Christmas EP, My Kind Of Christmas, to be released on October 25 just in time for the holiday season. In celebration of the announcement, Johnny releases the title track of the EP, available now. Listen to “My Kind Of Christmas” here. This new EP also marks the first vinyl release and for this occasion it will be presented in single jacket with sleeve, pressed on limited marble vinyl and available November 15.

Widely known for his energetic stage performances, Johnny will embark on a national cross-Canada My Kind Of Christmas Tour that will cover 23 dates and will run from November 16 – December 14, full details listed below. Tickets for the tour will go on sale to the general public on Friday, September 27 at 10am at www.livenation.com. Fans can also visit Johnny Reid’s website for exclusive presale details. American Express Card Members can purchase tickets before the general public beginning on Tuesday, September 24 at 10am local time through Thursday, September 26 at 10pm.

Already a chart-topping, multi-platinum selling artist in Canada, Johnny’s songwriting resonates with audiences across the globe and that will continue with this new Christmas EP, a perfect mix of originally penned ‘soon to be holiday favorites’ including “My Kind Of Christmas” with a Johnny Reid take on some hidden holiday gems including “Merry Christmas Everyone”, a classic brought back to life in the 80’s UK pop phenom ‘Shakin’ Stevens. See the full track listing below.

Since arriving on the music scene over 10 years ago, critically acclaimed singer songwriter, Johnny Reid has captured the hearts of fans and audiences around the world. Born and raised in Lanark, Scotland, the blue collared soul singer is widely known for his lyrical honesty and musical ability, as demonstrated by album sales totaling over 1 million units, countless awards and multiple SOLD OUT national arena tours.