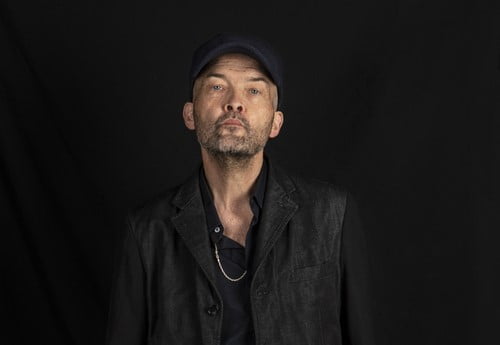 Award-winning musician-writer-DJ Ben Watt releases a new song “Balanced On A Wire” ahead of his forthcoming new album Storm Damage (out Jan 31) together with an atmospheric performance video filmed at the legendary RAK Studios in London where the album was recorded in April earlier this year. The video and track, which BlackBook called “…one of the most visceral pieces of music he’s ever recorded,” gives a flavor of Watt’s powerful new “future-retro trio” which will tour in support of the album. Additionally, Watt’s first US dates in almost three years are also announced today. The US tour kicks off on March 31 in Washington, D.C. and will make stops in New York, Minneapolis, Seattle, San Francisco, Los Angeles and more. Find a full list of tour dates below.

“My kids were teenagers leaving home for the first time when I wrote it,’ says Watt of the new song. “I was moved by their mixture of anxiety and determination. It reminded me of being nineteen myself, standing on the edge of something new, how you cope, how you need to open up when the other half of you is screaming ‘no’. And I realised I still felt like that now sometimes. Perhaps that feeling never really leaves you.”

Recently, Watt released the single “Sunlight Follows The Night” and “Irene,” featuring Low’s Alan Sparhawk on electric guitar and harmony vocal. Stereogum called Sparhawk “…an ideal accompaniment for the song’s central substance, which amounts to Watt crooning with earthy singer-songwriter gravitas over a finger-picked metal resonator guitar and a synthetic tape loop.” Following the release of “Irene,” Flood Magazine published an in-depth and inspiring conversation between Sparhawk and Watt.

Storm Damage – a hybrid contemporary acoustic-electronic set – completes a compelling trilogy of albums since Watt’s late-flowering return to solo songwriting and singing six years ago after ten years as an acclaimed DJ-remixer-label boss and seventeen in best-selling duo, Everything But The Girl with Tracey Thorn.

“My closest half-brother died unexpectedly in 2016, only four years after my half-sister,” he says of events surrounding the album’s origins. “I got stuck for a year, angry inside and angry at the political world casually detonating around me. I felt half powerless, half driven. When the songs finally came, some were dark, yes, but there is always room for light. Always. I just tried to put that across.”

Emotional and inventive, Storm Damage is released on Unmade Road through Caroline International.