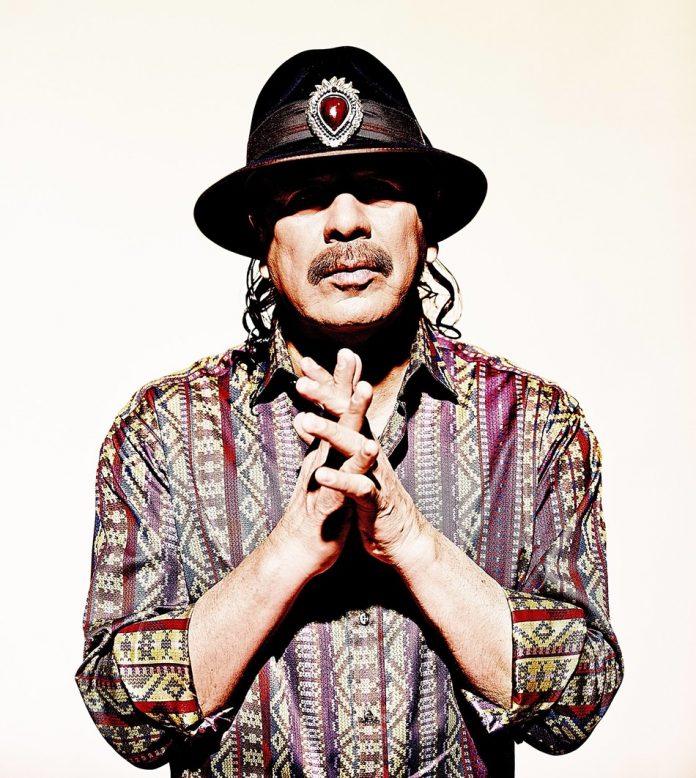 Carlos Santana, the ten-time GRAMMY-winning and three-time Latin Grammy-winning guitarist and longtime cannabis advocate, announced today his partnership with Left Coast Ventures to develop premium cannabis and hemp CBD brands. Influenced by his Latin heritage, these lines will provide consumers with high-quality products designed to leverage the power of historical remedies and allow consumers to discover and follow their light.

Since the late 1960s, Santana has become synonymous with his signature sound, a fusion of world music, rock, blues and jazz that combines the timeless quality of rhythm, melody, and inspiration that celebrate and define Latin music. Similarly, these brands will honor Santana’s heritage while incorporating his divine philosophies by identifying strains and products that promote the spiritual consciousness and wellness effects of cannabis.

“Cannabis is a window or a door to different awareness of consciousness,” said Carlos Santana. “It gives you the choice to perceive through a different filter of awakening and healing, the misperception of distance as an illusion, which keeps you from being centered in your essence-core. It helps you arrive at knowing, accepting and owning a quality of life that is being with joy!”

Santana has partnered with Left Coast Ventures, a company that has launched cannabis brands with other iconic musicians, including Mind Your Head with Mickey Hart of the Grateful Dead and Marley Natural, a collaboration with the Bob Marley estate.

“We are excited to launch cannabis and hemp CBD brands that deeply respect Latin heritage and celebrate the unique light of every individual,” said Left Coast Ventures CEO Brett Cummings. “It’s a true honor to work with a dynamic legendary musician like Santana who has influenced millions through his music and shares our values and passion to legitimize the future of cannabis.”

Headquartered in Santa Rosa, CA, Left Coast Ventures is a diversified cannabis and hemp company specializing in cultivation, manufacturing, brand development, and distribution. Left Coast Ventures and its subsidiaries are working to shape the future of the legal cannabis industry in the United States through acquisitions, investments, and incubation while building a respected portfolio of top shelf brands. Wholly owned, licensed, and distributed brands within the Left Coast Ventures portfolio include Marley Natural™, Mind Your Head™ by Mickey Hart, JEF™ SoulSpring™, Chill™, Headlight™, Get Zen™, Half Lit™, and New Frontier™.

For fifty years and as many albums later, Santana has sold more than 100 million records and reached more than 100 million fans at concerts worldwide. To date, Santana has won 10 Grammy Awards and three Latin Grammys. He won a record-tying nine Grammys for a single project for 1999’s Supernatural (including Album of the Year and Record of the Year for “Smooth”) as well as three Latin Grammys. He has also received the Billboard Century Award (1996), was ushered into the Rock and Roll Hall of Fame (1998), received the Billboard Latin Music Awards’ Lifetime Achievement honor (2009), and was the recipient of the Kennedy Center Honors Award (2013). Among many other honors, Carlos Santana has been cited by Rolling Stone as #15 on their list of the “100 Greatest Guitarists of All Time;” he has joined the Rolling Stones as one of only two bands to have an album reach the Top 10 in every decade since the 1960s. In June of 2019, Santana released “Africa Speaks” and goes deeper and further than ever before to create one of his most groundbreaking albums yet. The album debuted at #3 on the Billboard Top 200 Chart and #1 on the Latin Chart. Santana is currently headlining a multi-year residency at House of Blues at Mandalay Bay Resort and Casino in Las Vegas.