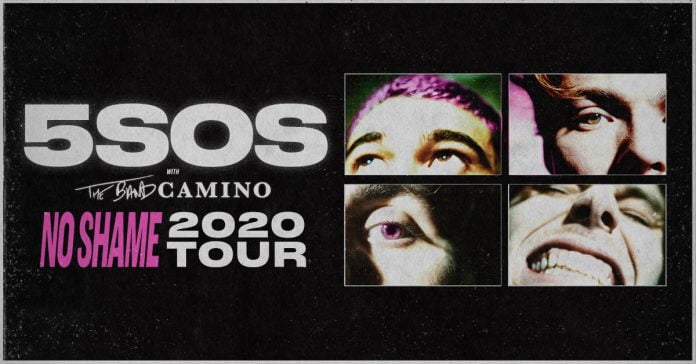 5 Seconds of Summer (5SOS) are returning to the road this summer with the announcement of their No Shame 2020 Tour. The 2020 tour will see the band playing a number of venues across North America. With the success of their previous 5SOS3 and Meet You There tours and coming off the heels of their massive outing with The Chainsmokers, this will be a can’t miss event for fans of the high energy rock band.

5SOS is the only band (not vocal group) in chart history to see its first three full-length studio albums enter the Billboard 200 at No. 1. Across their catalog, 5SOS has sold more than eight million equivalent album units and sold over two million concert tickets worldwide, while cumulative streams of their songs now surpass seven billion.