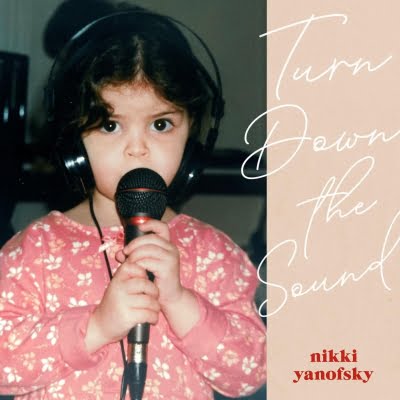 Nikki Yanofsky releases her latest studio album ‘Turn Down The Sound,’ a 10-track LP (eOne Music) that showcases Nikki’s independence and marks a newfound departure for her career as a young musician. Written at Warner/Chappell’s studios in NYC and produced by Zachary Seman and Roger Kleinman (Joey Bada$$, ASAP Rocky), ‘Turn Down The Sound’ fuses Nikki’s jazz-pop proclivity with hip-hop and R&B, making for a dynamic and tasteful range of tracks. The album also features the last two songs that esteemed songwriter Rod Temperton (“Thriller,” “Boogie Nights”) wrote before his passing.

Before her mentor and friend Rod Temperton passed away, it was discovered that “Bubbles”, the new single from ‘Turn Down The Sound,’ was still loaded onto his music production software, indicating that it was the last song he ever worked on.

“This song is the most special one on the entire album, says Nikki. “It means the most to me because Rod tailor made this song to fit my voice and attitude. It’s the best gift I’ve ever received. Also, it’s no coincidence that “Bubbles” sort of sounds like “Wobbles”, which is the nickname he had given me.”

Nikki recently created a SiriusXM’s At-Home Music Tutorial for album cut “Loner.” This fall, she will unveil an online masterclass at Berklee College of Music and release a mini masterclass at the GRAMMY Museum courtesy of the Experience Prudential Center.

American Songwriter says ‘Turn Down The Sound’ “reveals the artist Yanofsky was always meant to be” and Billboard described the single ‘Forget’ as a “self-confident anthem.”