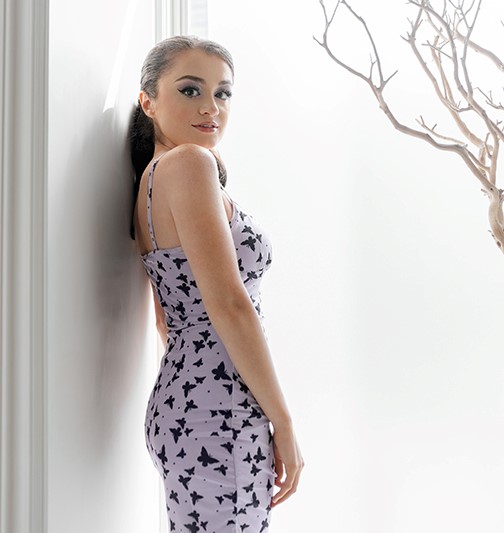 “I wanted this song to bring out the feeling like you’re under the glimmering lights at a party,” she muses. “Even if it’s a self-isolation party…

“There’s a lot of uncertainty going on in the world this year, but the message from this song is all about that person who is a much-needed balm to those stresses,” she continues. “‘Right’ reflects the freedom and fun of not having to go about the serious stuff alone because this person is by your side, and gleeful intoxication in connecting with that special someone as they help you see the better things in life.”

Celebrating the release of her most recent EP, 2019’s Palette, a series of follow-up singles — including this year’s “Must Be” and “Out of Nowhere” — she also took top prize, winning the 2019 InterContinental Music Award for ‘Best of North America.’