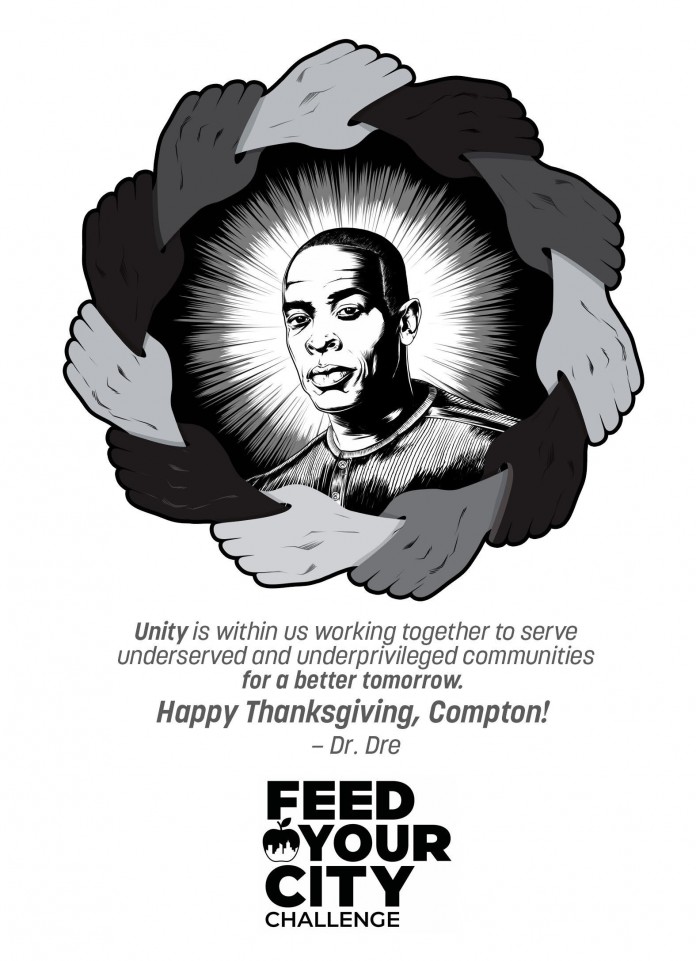 Understanding the catastrophic effects the virus has had throughout Southern California and the rest of the country, Compton native and music icon Dr. Dre was eager to join the movement. Compton’s Mayor, Aja Brown, will use Saturday’s event to continue her pledge to empower Compton and build up equity in the community.

“Unity is within us all. By us working together we can serve the underserved,” explained Dre of why he felt doing this event with Mayor Brown right before the Thanksgiving holiday was so important. “Thanksgiving is a special time to bring people together; people shouldn’t have to worry about how they’re going to feed their family for the holidays, so we accepted the challenge from Tony Draper and his team to generate that unity for Compton during these difficult times.”

As more than 10 million Americans have tested positive for COVID-19, its effects have had disproportionate health and economic consequences on communities of color. This staggering statistic is one of the many elements that propelled FYCC into action to combat this deadly disease. They have steadily grown outreach and donations after every relief effort. Each of the nine cities during the campaign has received thousands of pounds of high quality produce, fresh meat and PPE supplies. Residents in each city are lined up hours before the start of the event to collect their free items from FYCC volunteers and celebrity host(s).