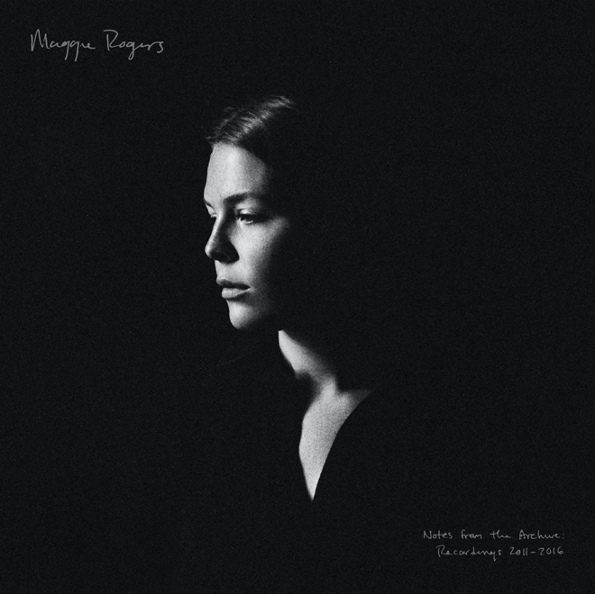 On December 18, GRAMMY Award-nominated producer/songwriter/performer Maggie Rogers will release Notes from the Archive: Recordings 2011 – 2016 — a 16-track retrospective featuring newly remastered versions of her nascent material, including six never-before-heard songs. Set to be the first release on Roger’s own record label, Debay Sounds via Caroline, this special collection closely documents the artistic evolution experienced on the way to creating her acclaimed debut Heard It In A Past Life.

Originally from Maryland, Rogers attended New York University’s Tisch School of the Arts and released her breakthrough EP Now That The Light Is Fading soon after graduating. Widely hailed as an artist to watch, she released her critically acclaimed Capitol Records debut album Heard It In A Past Life in January 2019 and immediately found tremendous success: entering Billboard’s Top Album Sales chart at No. 1 and debuting at No. 2 on the Billboard 200, the album earned praise from the likes of NPR, The New York Times, Rolling Stone, Pitchfork, TIME Magazine, Vogue, and many more. Heard It In A Past Life also landed Rogers a nomination for Best New Artist at the 62nd GRAMMY Awards, and led to performances on major TV shows including “Saturday Night Live,” “The Tonight Show Starring Jimmy Fallon,” “The Late Show with Stephen Colbert,” “Austin City Limits” and “Today.” In addition, Rogers has sold out headline tours across North America and Europe and performed at leading festivals worldwide. To date, Heard It In A Past Life has amassed over 564 million global streams.  Rogers is currently at work on her new album.

Today, Rogers shares a self-narrated visual to introduce Notes from the Archive and reveal the inspiration behind the project.

As Rogers explains in the video, Notes from the Archive took shape from a period of intense reflection on her path as an artist. The full audio is included on the commentary version of the album.

“So much of this record is about the process,” says Rogers. “It’s about honoring the time it takes to come to a full form…I wanted to give you the chance to hear me grow and hear me make mistakes, hear me change — because all of those pieces are really beautiful parts of my present, and I don’t feel complete without them in the world.”

Along with the six previously unreleased songs, Notes from the Archive features newly remastered versions of tracks from Rogers’s early albums, including Blood Ballet and The Echo. In arranging the project’s track listing, Rogers sequenced the songs in reverse chronological order, in an effort to showcase each distinct stage of her creative development. As she pointed out in her recent cover story for the newly launched Atmos magazine, Rogers found the process of revisiting her past work essential to the writing of her next album.

“I’ve known for a long time that this is something I had to do before I put out another record, because there’s a part of me that’s so deeply missing from the story right now: the 10 years of work that have led up to this moment,” Rogers told Atmos. “I have a whole body of work that I don’t want to leave behind. This record feels like honoring that work, putting the pieces of the story back together, finding my way from bisected to whole. Now, I’ve finally been given the space to let ideas develop and let myself develop. And as I’ve been working on a new record, I see the pieces all coming together and coming full circle.”