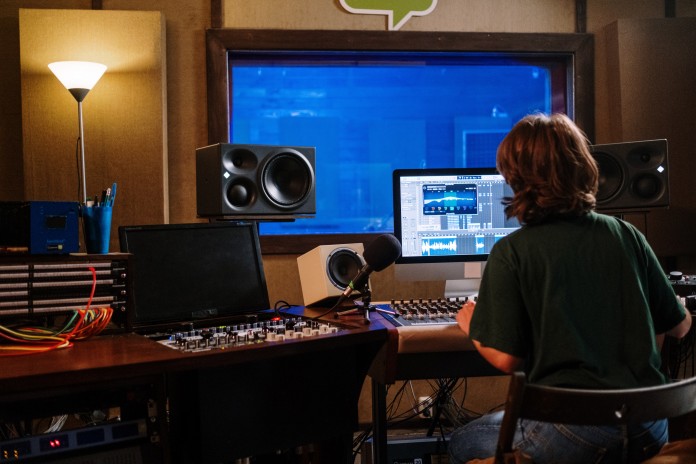 As a business, the use of music within video, advertisement, or film requires some royalties upfront. It is a federal requirement. Although most businesses do pay the fees required to utilizing music the money does not always make it back to the original artist, as it should. Musicians should take note of the proper way to go about when creating music on how to copyright and license it so that they can be sure to obtain all payments for usage.

Most musicians tend to gear towards hoping to catch the eye of big labels with their original music. However, in those cases, many of the labels themselves will be the ones benefiting from the royalties that are paid. The producers, editors, and studios end up taking most of the copyrights and getting the money that comes from the use of the music.

There are some great pros to this, so don’t think that we are trying to dismay working with labels or studios. Your music would be more widespread and reach a greater audience, as well as provide you with the stardom and recognition you desire if being used by a big-name label. But keep in mind that when the music is licensed by a business, you don’t always benefit in the end.

If you’re just starting out, consider trying to independently and completely own the rights to your music by filing your own copyrights for your tracks. Or, consider partnering with a company specializes in independent music licensing for videos who can assist you with the licensing process.

If you have ownership of your tracks, you will have much more creative control not only over the logistics of selling your music but also from the perspective of developing any kind of product that you want. You won’t have anyone else pulling the strings or telling you what kind of music, songs, lyrics, etc. that you need to create.

If you utilize a studio, pay the studio their fees first so that you can just use their time, and don’t sign anything that states you owe them anything more after your session(s) are completed. If you want to avoid doing that altogether, purchase some good equipment, and create a home studio that you can do your recording from. There are plenty of ways to budget and plan to get a setup where you can get clear, studio-sounding music.

With the global pandemic increasingly keeping us at home, it’s important to make sure you consider all options when licensing. Sync licensing is a way to do everything online, which is very handy right now. You can allow someone to use your music in a video game, YouTube video, etc. by obtaining a small fee.

When you do any type of licensing be sure that you have a clear picture of some certain things first, so that you can collect reasonable fees:

This last question is important because it lets you know whether you can use the track/song again or sell it to another business or creative for use. If a music supervisor or film producer wants exclusive rights to your song so that it can’t be used again, you should keep this in mind when negotiating price.

MANY BANDS HAVE MADE IT BIG THROUGH LICENSING

With DIY licensing on the rise, it’s easy to think that doing everything yourself without using a company like Marmoset may be the way to go. But you will be assured to reach a much larger audience if you go the licensing route.

Many bands or musicians have this outlook that they are “above” having their music being used in smaller quantities like advertisements or independent films and hope to go straight to the big time. But it’s important to remember that most music producers, labels, and music supervisors don’t like to work with bands that they don’t know. It takes time to build up and develop. Take, for instance, the band the American Authors.

This band is a fantastic example of why licensing is a great way to jumpstart a music career, because they built their following by beginning with their networking and interaction with their fans, and were recognized initially this way by licensing companies to start making deals. Their songs started to appear in ads and small indie videos before being recognized by a bigger label and moving up, getting invitations to interview their music with other music supervisors. Licensing this way proves it’s a great stepping stone into the music and entertainment industry.

DON’T FORGET: MARKETING IS IMPORTANT
Don’t neglect the other parts to make sure to have your music noticed. Just as American Authors did, most bands can grow by establishing a loyal fan base, and marketing is a huge part of making that happen. Creating a website, utilizing social media platforms, and starting an email list are some great tactics for musicians to begin creating their following.

Interacting with your fans is also essential to your marketing – fans love when they are noticed. When someone comments on a post or a blog that you’ve created make sure to respond, people, in general, like to feel heard, and it engages your audience to participate more and will help you get more traffic and traction in the online world as you build your music business.