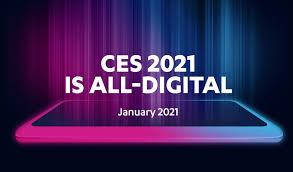 The first all-digital CES 2021, Jan. 11-14, 2021, will feature an iHeartMedia conference session on how technology has enabled some of today’s hottest artists to continue to create and introduce new music and immersive experiences for their fans during the pandemic. Moderated by nationally-syndicated on air host and TV personality and producer Ryan Seacrest, the session will feature a fireside chat with singer and songwriter Dua Lipa and a special performance by Billie Eilish on Jan. 12, 2021 at 7 PM EST, available only to registered CES attendees.

Live music venues and studios may have been forced to close their doors given the limitations during the pandemic, but iHeartMedia and leading innovative artists are using technology to redefine the experience and deliver music to their fans in new and exciting ways.

“As we have reimagined CES 2021 we are thrilled to welcome Billie Eilish, Dua Lipa, and Ryan Seacrest to the stage,” said Karen Chupka, EVP, CES, CTA. “iHeartMedia has been a driving force with using technology to create immersive music experiences for consumers. Our session with these artists will explore the art of the possible and the transformation that is happening in the entertainment industry.”

“iHeartMedia has always taken pride in our ability to bring artists and fans together, but when the pandemic hit we had to get even more creative,” said Tom Poleman Chief Programming Officer for iHeartMedia. “At a time when all of us are searching for ways to feel connected with the music and artists we love while remaining safe, we’re proud to have pushed the limits of technology to innovate and create intimate experiences for music fans nationwide, whether it’s taking our entire roster of iHeartRadio nationally-recognized events virtual or creating one-of-kind shows meant to inspire and support millions of Americans.”

Billie Eilish is an American singer-songwriter. Eilish’s debut studio album, WHEN WE ALL FALL ASLEEP, WHERE DO WE GO? debuted atop the Billboard 200 and became one of the best-selling albums of 2019. Her accolades include five Grammy Awards, four iHeartRadio Music Awards, two American Music Awards, two Guinness World Records, three MTV Video Music Awards, and one Brit Award. She is the youngest person and second person in history to win the four main Grammy categories—Best New Artist, Record of the Year, Song of the Year and Album of the Year—in the same year. Eilish also the youngest person in history to write and record an official James Bond song, with her Grammy nominated ‘No Time To Die.’

Dua Lipa Global pop superstar Dua Lipa released Future Nostalgia, her #1 UK sophomore album, this year to worldwide acclaim. It is one of the best reviewed albums of 2020 and debuted in the top 5 of the Billboard 200 Album Chart. The album’s certified platinum lead single “Don’t Start Now” is a worldwide hit with one billion streams on Spotify alone, and a #2 spot on the Billboard Hot 100, a career high for the pop star. The track also broke her personal best record of weeks at #1 at US Top 40 radio. Most recently, Dua was nominated for six Grammy Awards, including Song of the Year, Record of the Year, and Album of the Year. Future Nostalgia is the follow up to Dua’s eponymous 2017 debut, which is certified platinum and spawned 6 platinum tracks. She made BRIT Award history in 2018 by becoming the first female artist to pick up five nominations, with two wins for British Breakthrough Act and British Female Solo Artist, and received two Grammy awards for Best New Artist and Best Dance Recording in early 2019.

Ryan Seacrest is an Emmy-winning television host, radio personality, mega producer, entrepreneur, and philanthropist.  As one of the most recognizable voices across television and radio, Seacrest is host of “On Air with Ryan Seacrest,” his market-topping #1 nationally-syndicated LA morning drive-time show for iHeart Media’s 102.7 KIIS-FM, as well as a nationally-syndicated Top 40 radio show.   Seacrest also co-hosts and co-executive produces ABC’s Emmy award-winning show Live With Kelly And Ryan, for which he earned an Emmy for Outstanding Entertainment Talk Show Host.

For 18 seasons, Seacrest has hosted television’s ground-breaking singing competition series, ABC’s American Idol, and earned several Emmy Award nominations for his work on the show. Additionally, Seacrest continues to be a fixture as the host of the annual live broadcast of Dick Clark’s New Year’s Rockin’ Eve With Ryan Seacrest since 2005. Seacrest launched his Emmy award-winning company Ryan Seacrest Productions in 2006.  Since then, the production banner has been behind countless hit series including E!’s Keeping Up With The Kardashians, and its spinoffs as well as E!’s E! Live From The Red Carpet.

Owned and produced by CTA, CES 2021 will be an all-digital experience connecting exhibitors, customers, thought leaders and media from around the world. CES 2021 will allow participants to hear from technology innovators, see cutting-edge technologies and the latest product launches, and engage with global brands and startups from around the world. For over 50 years, CES has been the global stage for innovation, and CES 2021 will provide an engaging platform for companies large and small to launch products, build brands and form partnerships.