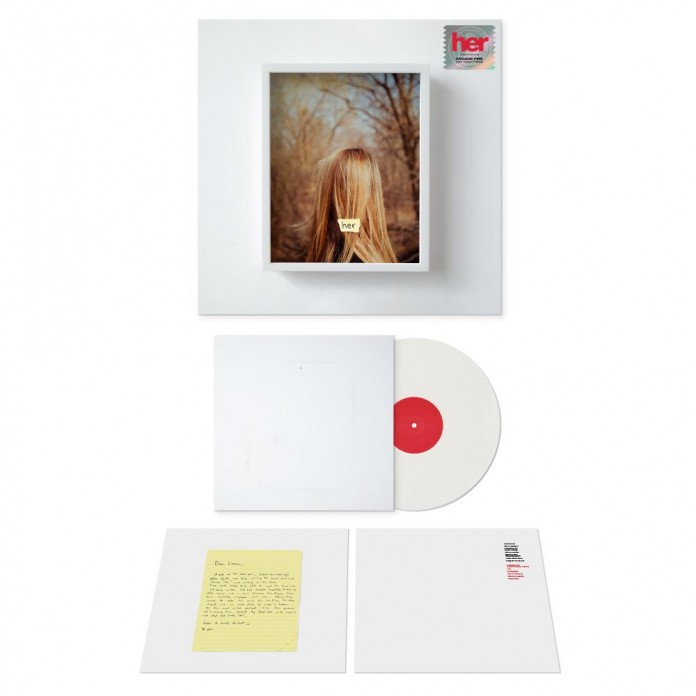 Her is a science-fiction romance film directed by Spike Jonze. In the not so distant future, Theodore, a lonely writer, purchases a newly developed operating system designed to meet the user’s every need. To Theodore’s surprise, a romantic relationship blossoms between him and the software. Technology and love blend in an unexpected tale that explores the nature of emotion, and the ways that tech isolate – and connect – us all. Her was a striking success, and was nominated for five five Oscars including Best Picture.

The original score to Her was composed by the band Arcade Fire with additional music provided by Owen Pallett. Their music is a constant companion to Theodore, and runs as a delicate, airy thread through the film. Though critically lauded and nominated for Best Original Score, Her has been unreleased until now. Her (Original Score) features 13 tracks from Arcade Fire and Owen Pallet mastered specifically for the vinyl format, including the delightful “Supersymmetry”. This release is pressed on a white vinyl record and housed in an inner sleeve within a single pocket jacket. You can get the vinyl and cassette here.