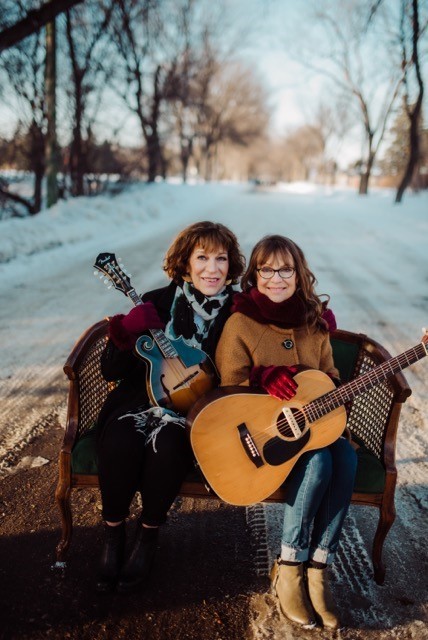 Following their Latin-influenced critique of modern political hi-jinks, Saskatoon, SK singer/songwriter duo Cameron & Crawford are back to break your heart with their impassioned new single, “Sometimes in September” — available now.

With their unique, jazz-infused tunes and insightful, poetic lyrics, Cameron & Crawford pay no mind to the artificial boundaries of genre. The song is a nostalgic look back at lost love and about making peace with the past, even if it hurts to remember.

“This is just another sad September song,” their lyrics begin, introducing a song that refuses to mince its message. “About summer ending, autumn leaves, and love gone wrong.”

The two Prairie sisters who have been co-writers and collaborators since 2010. “Our songwriting process usually starts with a chord progression that we respond to emotionally — one that conjures a feeling, an image, a sense of ‘something there’,” explains Trish Cameron. “‘Sometimes in September’ started with just such a progression: GMaj7 – A – F#m7 – Bm7.”

The chords played in her mind during many long fall walks — and hours on her guitar, as she felt her way into what the song wanted to be about. The track is unwavering in its honesty, and authentic in speaking to the heartache so many of us have experienced. The message of love that’s been lost and accepting its finality is where these songwriters succeed in drawing in a listener; “Sometimes in September” captivates the human spirit by expressing feelings we have all experienced some way, somehow.

“Our friend and bass player, Wayne Gustafson, laid down a solid foundation for this ‘walk’ down memory lane,” the sisters reveal, speaking of the songwriting process.

“The first bass notes really launch the emotional journey of the song. It has been such a joy to take this song from its inception to a fully realized recording, and while I wrote the song,” Trish adds. “Wendy helped shape it with her piano, her background vocals, her vision, and advice.”

“In fact,” Wendy continues, “Trish says she probably would not have recorded ‘Sometimes in September’ without my encouragement. It felt too personal.”

Both sisters agree that one of the best things about being sister/songwriters is that neither will let the other ‘chicken out.’ “We keep encouraging each other’s growth and creative courage,” says Wendy.

“Sometimes in September” is just one in a series of singles the duo are releasing throughout this year as lead up to their forthcoming full-length album.

In the meantime, this is one for those who have ever struggled to let go of the old polaroids from a former flame; ever have felt a stab of regret and thoughts of “what if” when remembering love past.

“Sometimes in September” is available now.