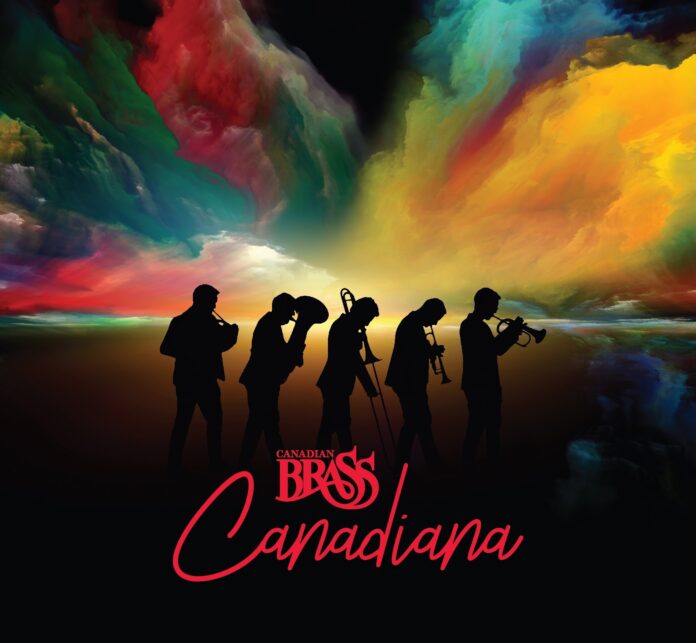 As the most celebrated and enduring brass quintet in history, Canadian Brass unveil the first peek at their forthcoming and first ever all-Canadian album with the release of “Hallelujah” — available now. You can pre-order and pre-save the album here.

The Leonard Cohen cover is first to arrive from the iconic ensemble’s upcoming album, Canadiana. The 11-song collection is set to arrive November 12th via Linus Entertainment, and adds to Canadian Brass’ impressive catalogue that has collectively sold over 2 million albums.

On Canadiana, Canadian Brass celebrates the popular Canadian artists the group both loves to listen to, and has impressed them throughout their career. In addition to Cohen, Canadiana includes songs by Joni Mitchell, Drake, Daniel Caesar, Shawn Mendes, Rush, Bruce Cockburn, Deadmau5, k.d. lang, and Lara Fabian.

“While we were busy practicing our repertoire and honing our craft, we were also listening to these incredible songs as they were released,” Canadian Brass shares. “We now have the incredible opportunity to play these songs ourselves. “

“This recording project gave us a chance to explore the music generated by the great artists that have been around us throughout our performing career.”

A formidable force in the world of Chamber Music since its 1970 inception, and having sold well over 2 Million albums worldwide, the group has been hailed as the ‘Kings of Brass’ for single handedly establishing brass as a major influence on the classical music scene.

The young players in the ensemble today are inheritors of this long tradition, inaugurated over fifty years ago, having grown up with the sound and style of Canadian Brass as a model. With a discography of over 130 albums, and an extensive worldwide touring schedule, Canadian Brass is an important pioneer in bringing brass music to mass audiences everywhere.