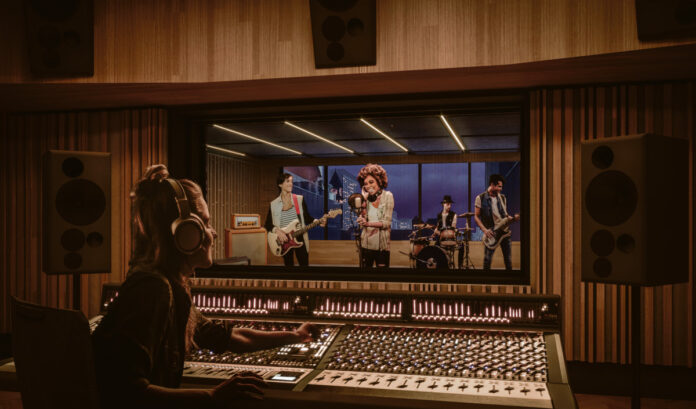 Massey Hall has announced the dedication of the new recording studio in Allied Music Centre – the Deane Cameron Recording Studio. Named honouring the late Massey Hall & Roy Thomson Hall President and CEO, Deane Cameron. The Canadian music industry icon and recipient of the Order of Canada, also served as President of EMI Music Canada over the course of his esteemed career.
“Deane dedicated his life to discovering and sharing exceptional music. We could think of no better way to honour his memory than to attach his name to the room where future concerts and studio sessions will be recorded for the world to hear,” said Jesse Kumagai, President and CEO, The Corporation of Massey Hall and Roy Thomson Hall.

Every performance space, from Massey Hall’s Allan Slaight Stage to each of the three new venues in Allied Music Centre will be wired to the Deane Cameron Recording Studio and will immortalize historic musical moments.

On May 16, 2019, the world lost one of its greatest music champions. Deane Cameron started in the warehouse at EMI Music Canada in 1972, working his way to the top, becoming President in 1988 where he remained at the helm until 2012, leaving an indelible mark on Canadian culture. In 2015, Deane took over as President & CEO of the Corporation of Massey Hall & Roy Thomson Hall to drive the most significant revitalization in Massey Hall’s history. When the iconic red doors on Shuter Street reopen to the public, Massey Hall will be intrinsically linked to a seven-storey addition featuring new live music venues and dedicated spaces for music creation and education, collectively known as Allied Music Centre. It is here where Deane’s memory and legacy will be honoured with the creation of the Deane Cameron Recording Studio.

Emerging artists and participants in Artist Development programs will benefit from access to world-class equipment and the inspiration drawn from the most storied address in Canadian music. Education and Outreach programming will have profound impact as students and music lovers of all ages connect with music and with each other in life-changing ways made possible by the Deane Cameron Recording Studio.

Deane’s legacy will be honoured in the most fitting way possible and empower future generations to create and share their music.

“Deane would be thrilled to know that today’s artist community will be able to further their musical aspirations through the Deane Cameron Recording studio. His commitment to the development of Canadian music culture was the hallmark of his career. This honours his legacy while providing an outlet for creativity, collaboration and musical education to flourish,” said David Munns & Tim Trombley, close friends and former colleagues of Deane Cameron and Campaign Co-Chairs, The Deane Cameron Recording Studio.

Friends and the Canadian music community are encouraged to share their favourite memory of Deane and honour his legacy with a donation to the Deane Cameron Recording Studio at DeaneCameronRecordingStudio.com. To kick things off, a generous friend of Deane’s has committed to match the first $150,000 in donations, doubling the impact.