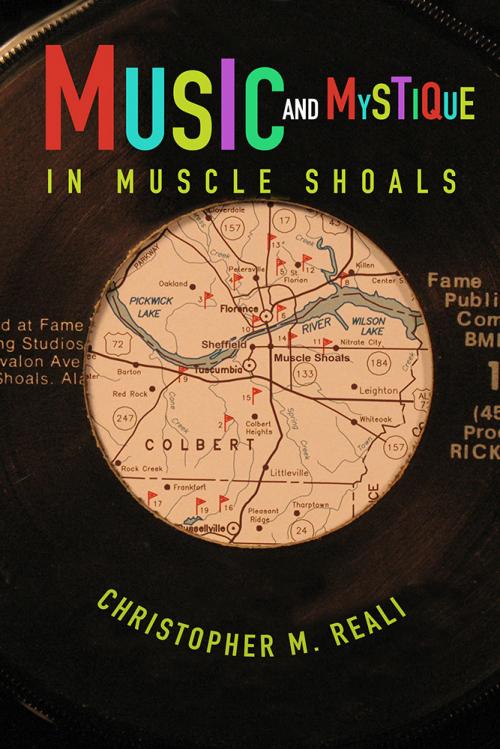 The forceful music that rolled out of Muscle Shoals in the 1960s and 1970s shaped hits by everyone from Wilson Pickett and Aretha Franklin to the Rolling Stones and Paul Simon. Authored by Christopher M. Reali, assistant professor of music at Ramapo College of New Jersey, the book is in-depth look at the fabled musical hotbed examines the events and factors that gave the Muscle Shoals sound such a potent cultural power. Many artists trekked to FAME Studios and Muscle Shoals Sound in search of the sound of authentic southern Black music—and at times expressed shock at the mostly white studio musicians waiting to play it for them. Others hoped to draw on the hitmaking production process that defined the scene. Reali also chronicles the overlooked history of Muscle Shoals’s impact on country music and describes the region’s recent transformation into a tourism destination.

Multifaceted and informed, Music and Mystique in Muscle Shoals reveals the people, places, and events behind one of the most legendary recording scenes in American history.