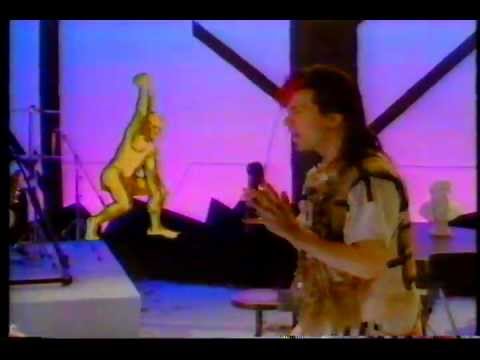 No spoilers here. But Jordan Peele has always used music as dramatic irony, using Gowan’s ’80s hit “(You’re a) Strange Animal,” a song where the singer walks the tightrope between anthropology, infatuation, and obsession: “Well they say I should approach you with caution / But not to let you be aware of my fear. … / You’re a strange animal, I’ve got to follow…” fits perfectly in the film.

Jordan Peele, with over 4 million followers across Twitter & Instagram, also shared an ‘easter egg’ sequence for Gordy’s Home on social media, using the second single from Gowan’s Multi-Platinum selling album, Strange Animal; a song that was a top-twenty staple in Canada, Top 10 on MuchMusic, the nation’s music station, and has reached classic status. “(You’re A) Strange Animal” is undoubtedly bringing back the song into people’s memories and streams, with over 7 million views of Peele’s video on Twiter, Instagram and TikTok.

Like Kate Bush and Metallica, both artists who have seen massive rise in their streams thanks to TV series placements, Gowan is now reaching much wider and younger fans – although he’s no stranger to classic rock music fans as he’s currently performing to sell out crowds in amphitheatres all over North America as a member of Styx. This high-energy song is just another powerful and innovative way to bring much-loved classics to new fans everywhere.

Gowan’s “(You’re A) Strange Animal” can be found on Spotify below: