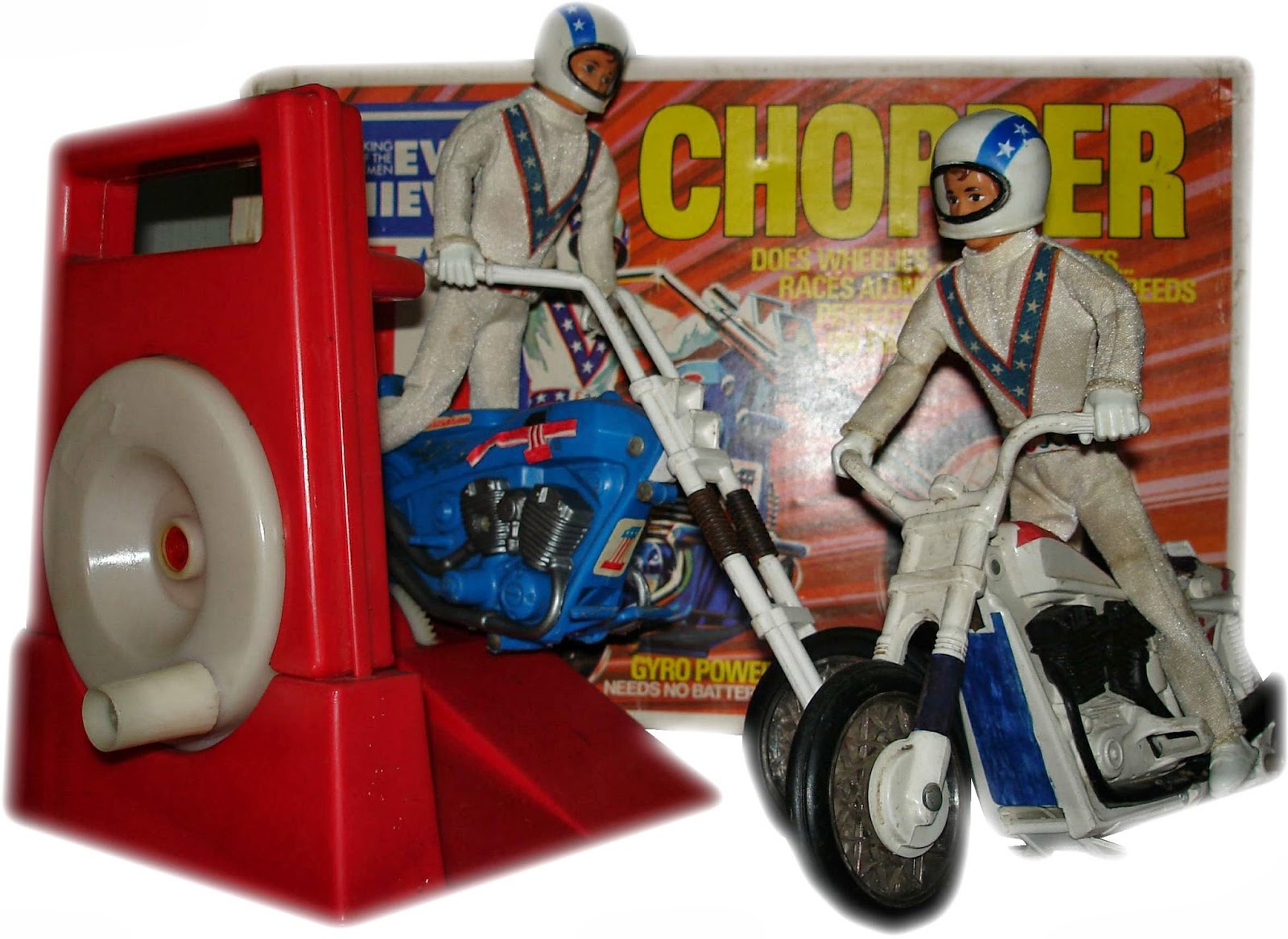 From his humble roots in the unlikely town of Butte, MT, Evel Knievel rode his motorcycle and guts to an unparalleled level of worldwide glory and fame, much of which he still carries with him today: King of the Daredevils, The Last of the Gladiators, The Godfather of Extreme Sports, Guinness Book of Records holder for the most bones broken, an unwavering optimist, a doer, a go-getter, self-promoter extraordinaire, media genius, an enigmatic folk hero — an American legend. Knievel’s nationally televised motorcycle jumps, including his 1974 attempt to jump Snake River Canyon at Twin Falls, Idaho, represent four of the twenty most-watched, including the number 1 spot, ABC’s Wide World of Sports events in history. His achievements and failures, including his record 35 broken bones, earned him several entries in the Guinness Book of World Records. 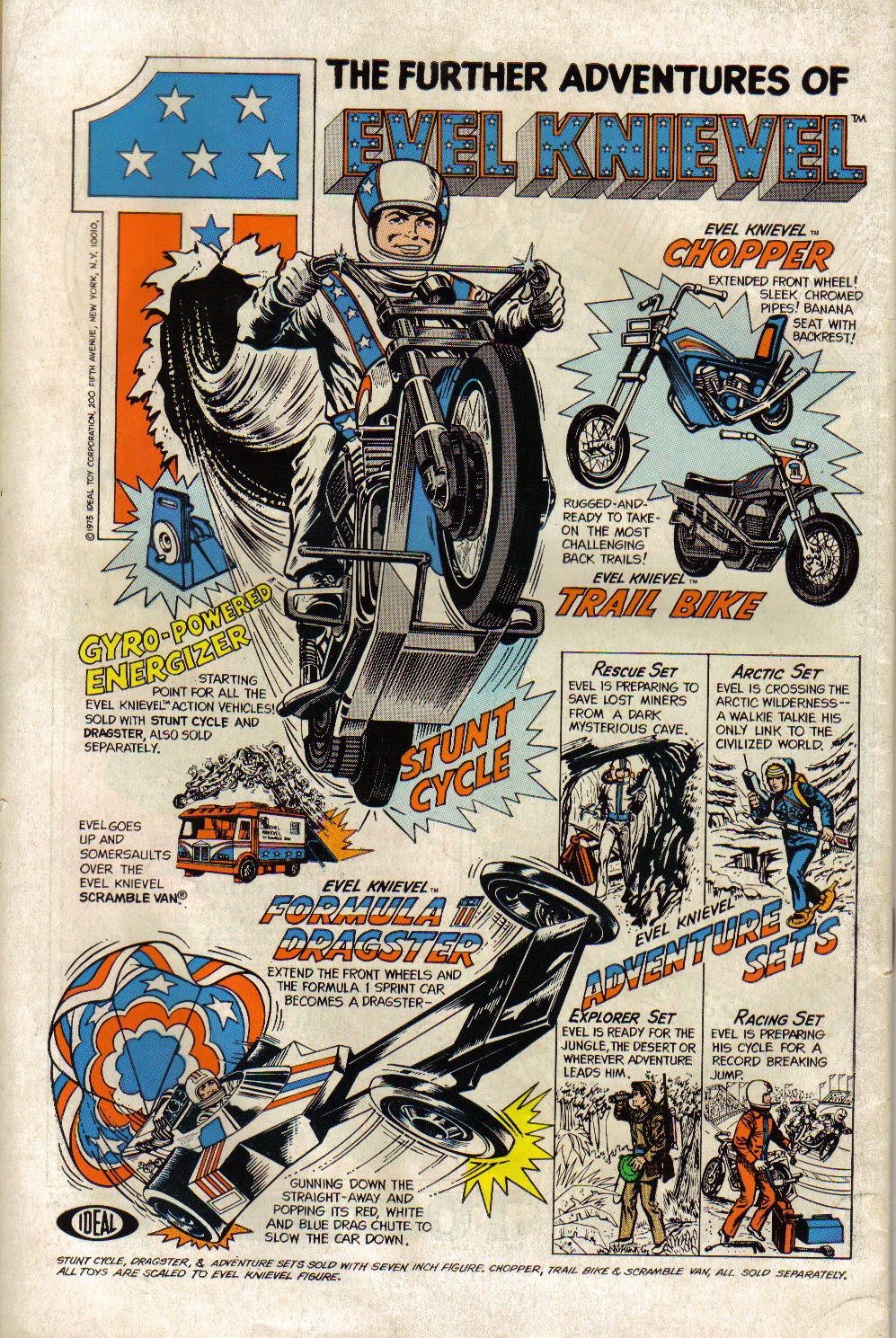 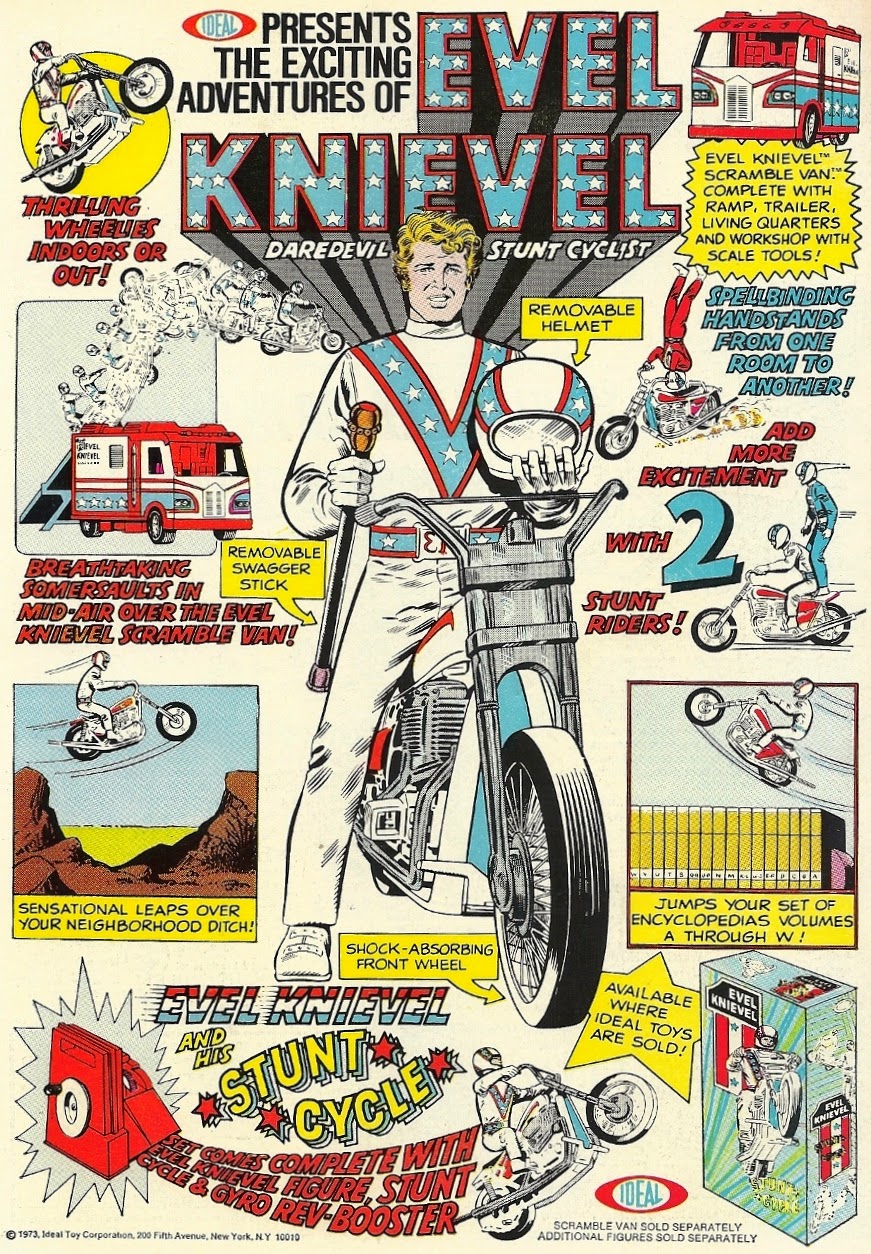 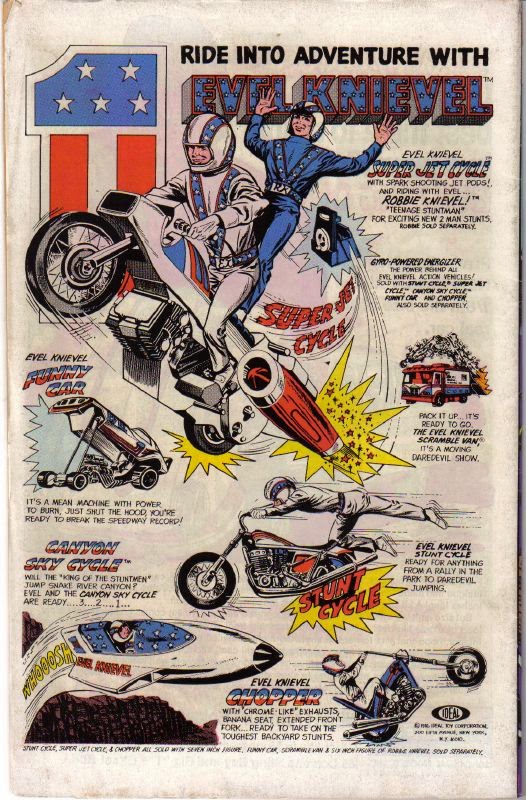 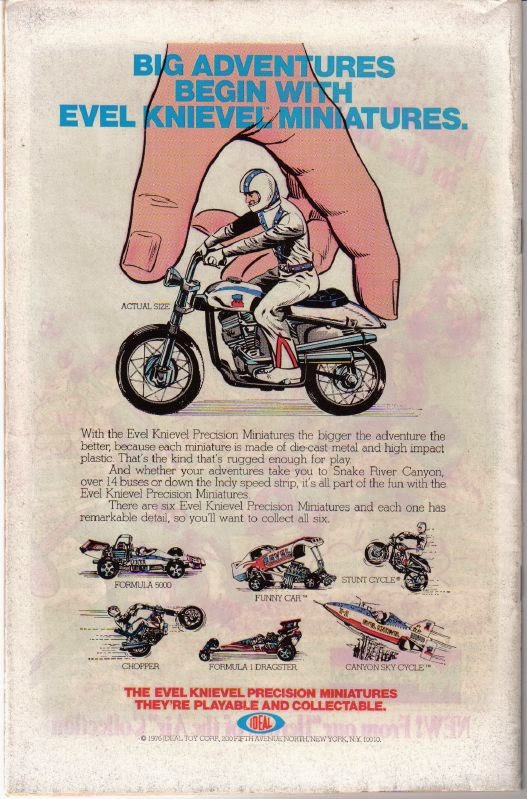 Ideal Toy Company released Evel Knievel merchandise from 1972 through 1977, ultimately selling more than $125 million worth of Knievel toys including action figures and accessories, the Stunt Cycle  the Scamble Van, a Dragster, a Stunt Car, a Chopper Motorcycle, a Trail Bike, the Strato-Cycle and the Evel Knievel The Stunt World.  Ideal also released additional figures including a female counterpart, Derry Daring and his son, Robbie Knievel. 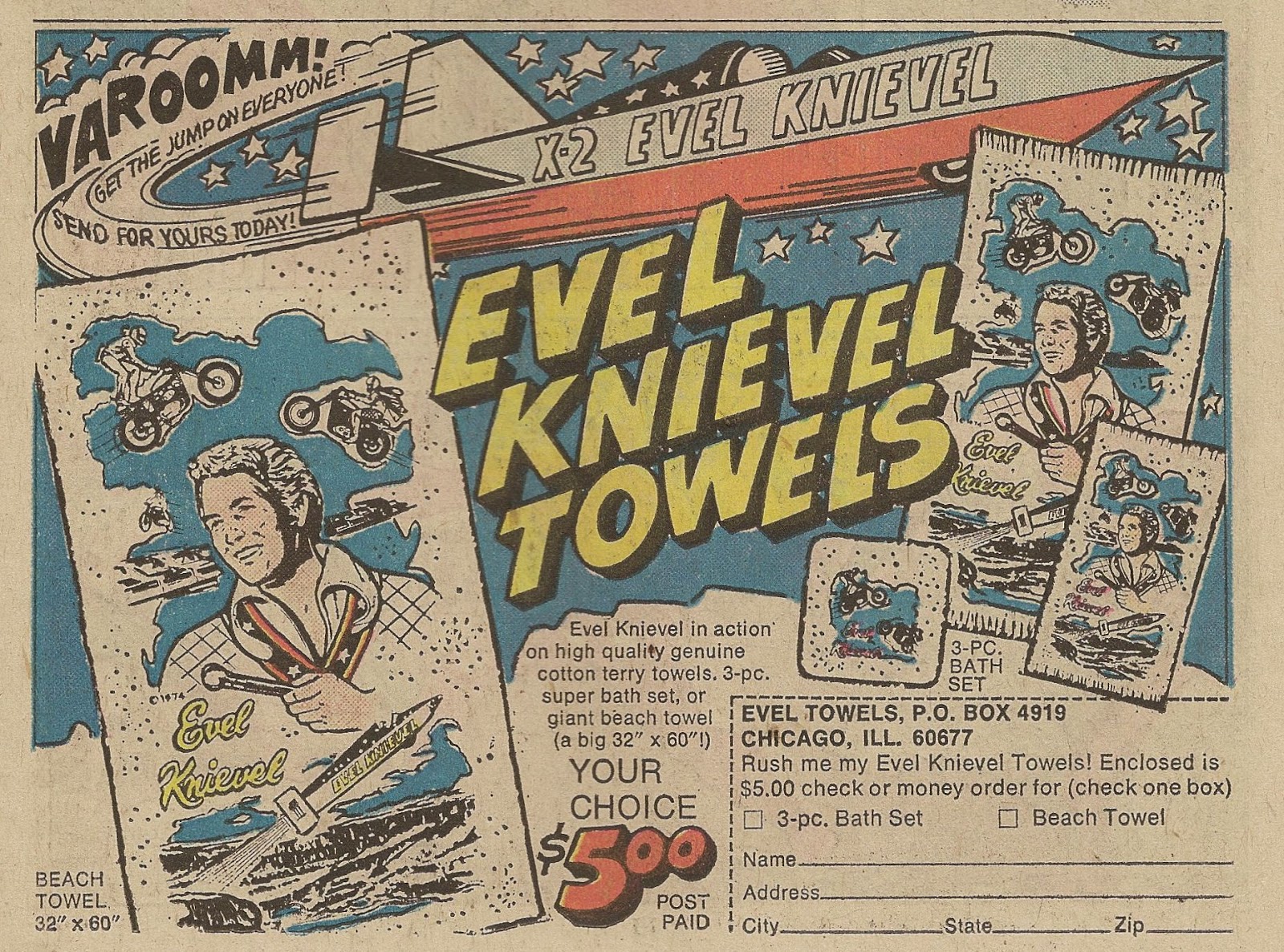 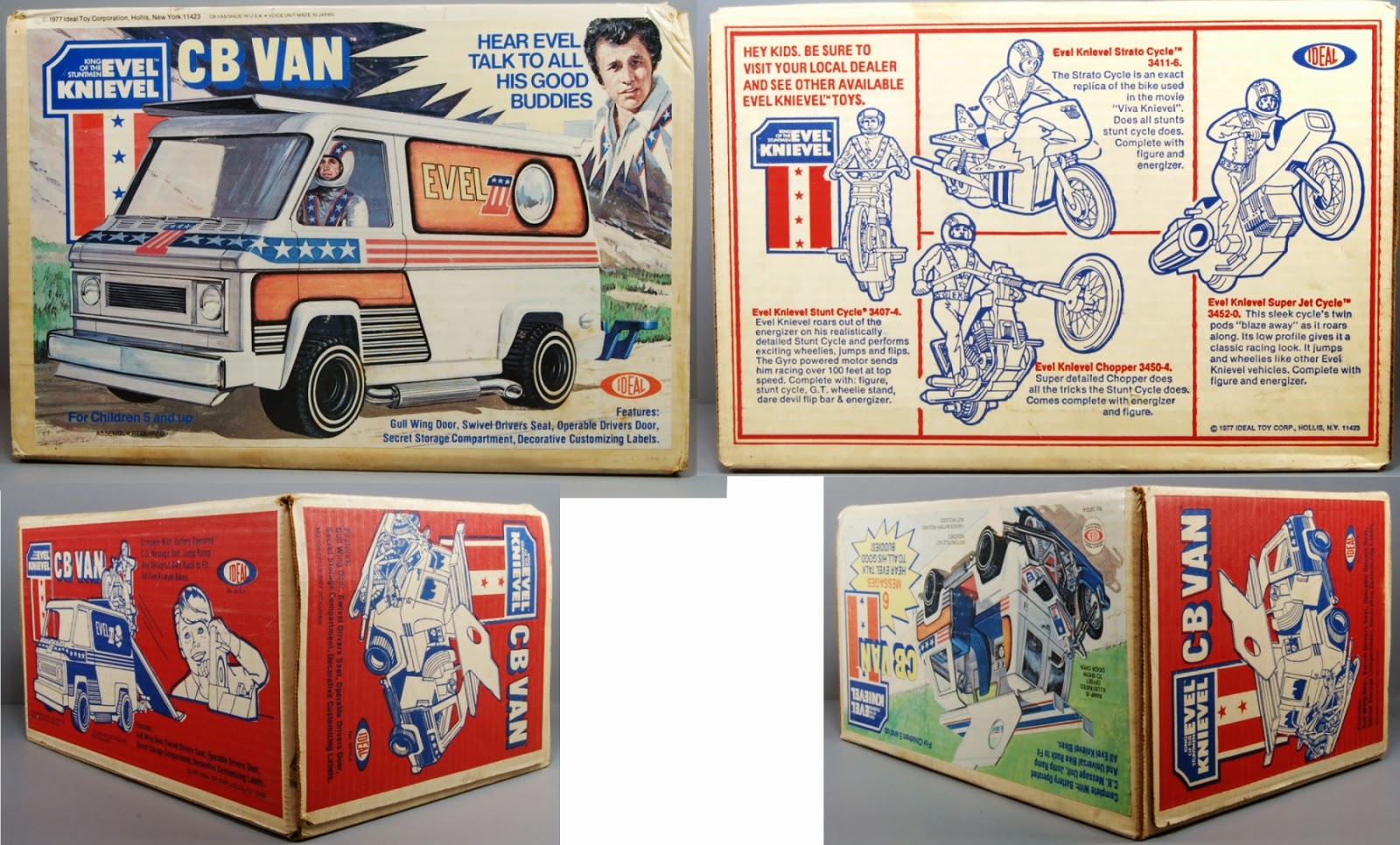 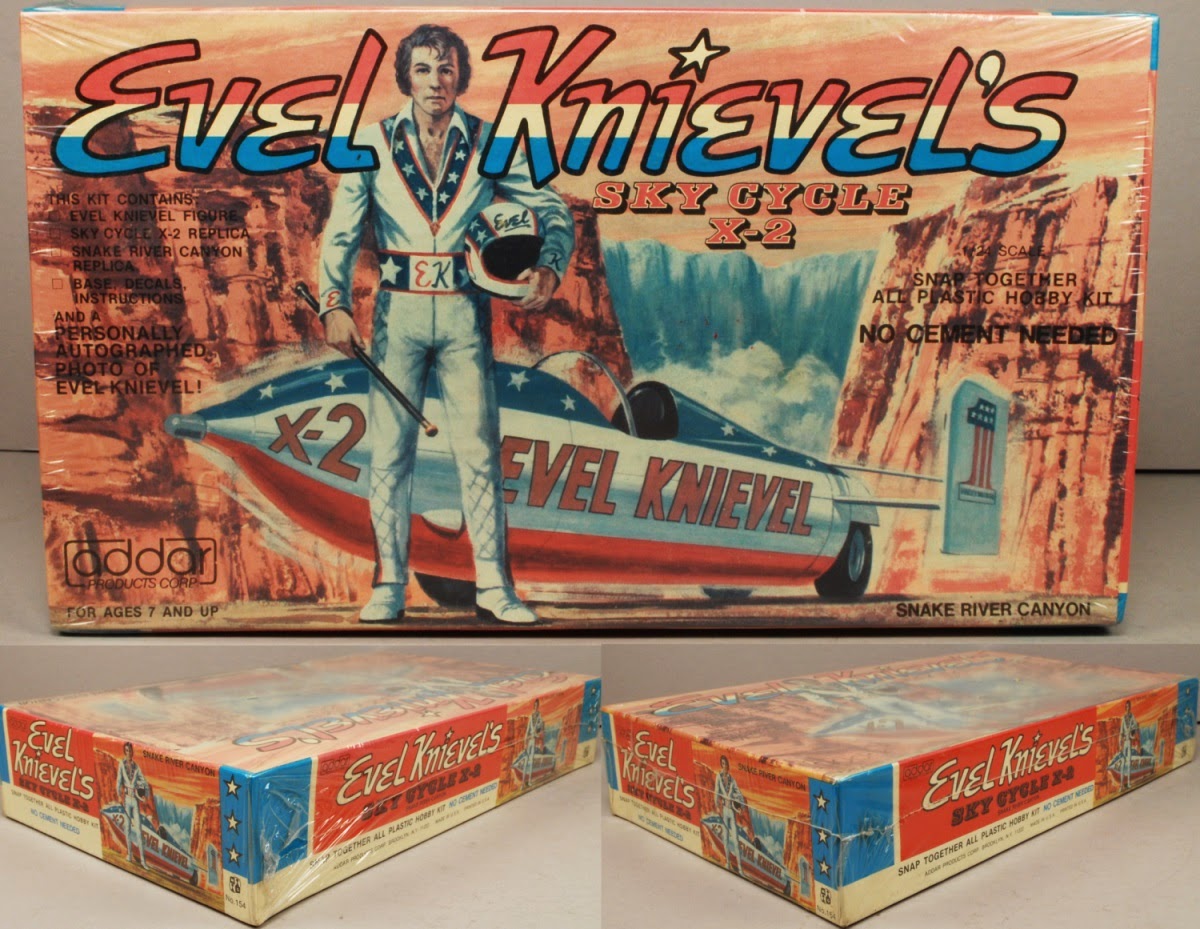 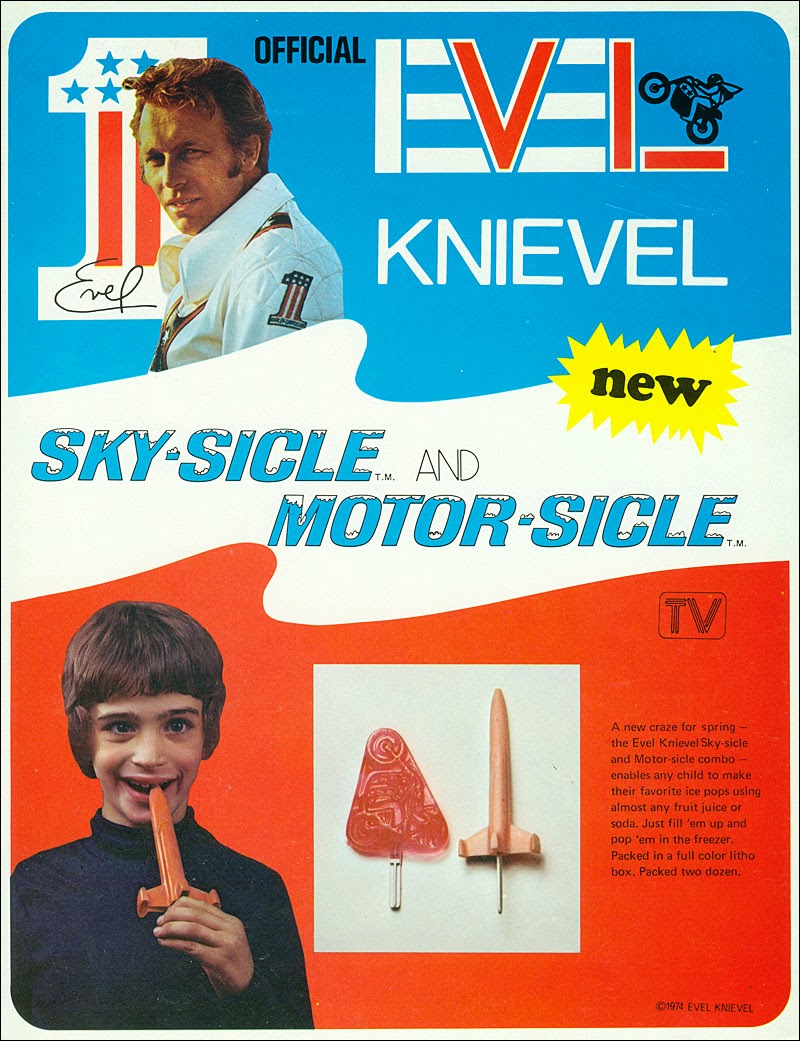 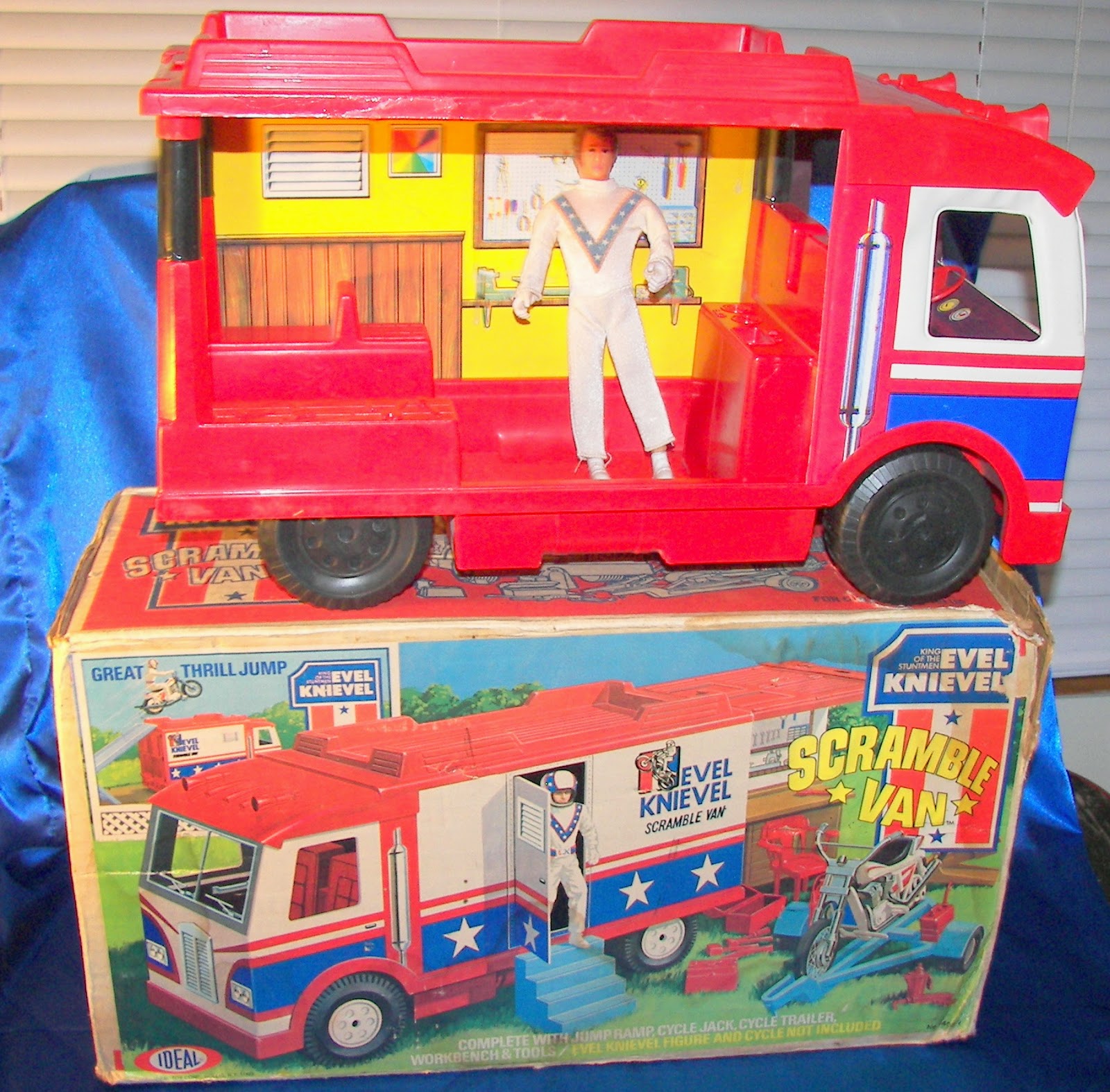 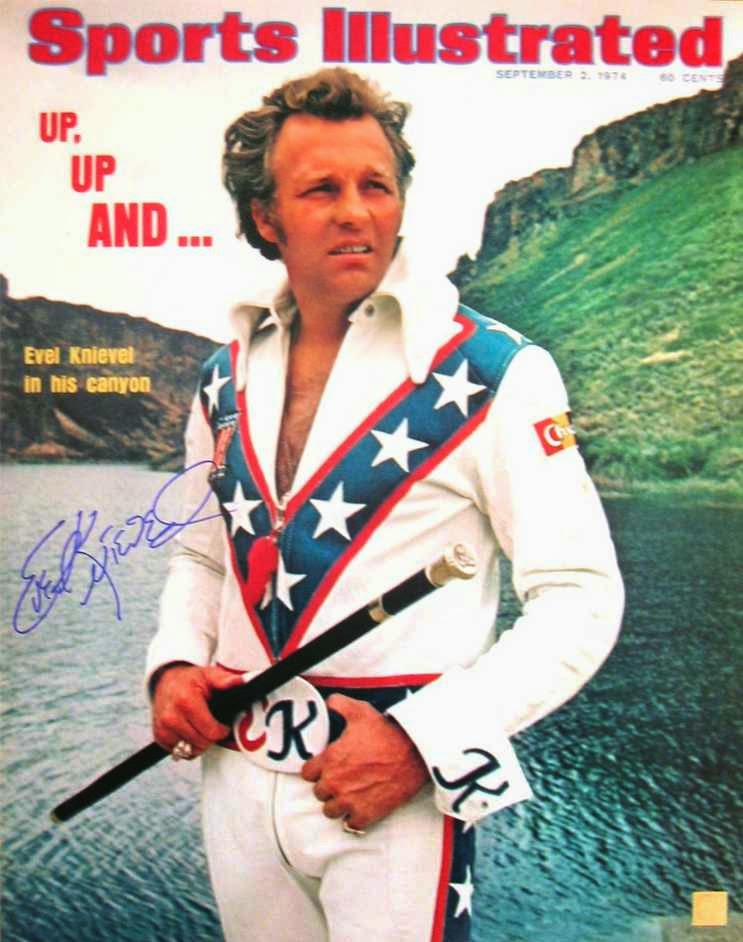 Via Forces Of Geek