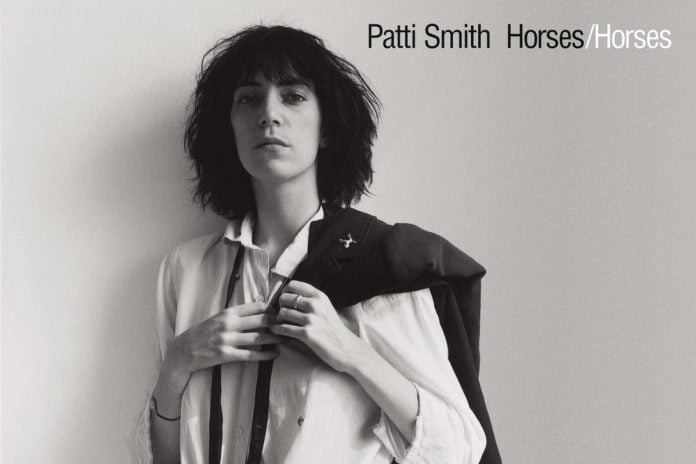 What do you think is the biggest misconception about you?

The thing that bothered me the most was when I had to return to the public eye in ’95 or ’96 when my husband died. We lived a very simple lifestyle in a more reclusive way in which he was king of our domain. I don’t drive, I didn’t have much of an income, and without him, I had to find a way of making a living. Besides working in a bookstore, the only thing I knew how to do was to make records—or to write poetry, which isn’t going to help put your kids through school. But when I started doing interviews, people kept saying “Well, you didn’t do anything in the 80s,” and I just want to get Elvis Presley’s gun out and shoot the television out of their soul. How could you say that? The conceit of people, to think that if they’re not reading about you in a newspaper or magazine, then you’re not doing anything.

I’m not a celebrity, I’m a worker. I’ve always worked. I was working before people read anything about me, and the day they stopped reading about me, I was doing even more work. And the idea that if you’re a mother, you’re not doing anything—it’s the hardest job there is, being a mother or father requires great sacrifice, discipline, selflessness, and to think that we weren’t doing anything while we were raising a son or daughter is appalling. It makes me understand why some human beings question their worth if they’re not making a huge amount of money or aren’t famous, and that’s not right.

My mother worked at a soda fountain. She made the food and was a waitress and she was a really hard worker and a devoted worker. And her potato salad became famous! She wouldn’t get potato salad from the deli, she would get up at five o’clock in the morning and make it herself, and people would come from Camden or Philly to this little soda fountain in South Jersey because she had famous potato salad. She was proud of that, and when she would come home at night, completely wiped out and throwing her tip money on the table and counting it, one of her great prides was that people would come from far and wide for her potato salad. People would say, “Well, what did your mother do? She was a waitress?” She served the people, and she served in the way that she knew best.

Via Alan Light interview in Medium

Metallica: ‘72 Seasons Global Premiere’ Coming To Movie Theaters April 13 For One Night Only

Daniel Caesar Releases New Single “Do You Like Me?”