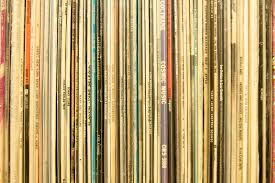 From The Hollywood Reporter:

Having mostly been written off in the past by a music industry dominated by digital, vinyl is continuing its resurgence in the U.K. after last year racking up its highest sales in years.

So far this year, more than 1 million vinyl records have been sold in Britain, marking the first time this milestone has been crossed since 1996.

“In an era when we’re all talking about digital music, the fact that these beautiful physical artifacts are still as popular as they are is fantastic,” said Martin Talbot, managing director of the Official Charts Company, which tracks music sales in Britain, in an interview with the BBC.

This month, Endless River, Pink Floyd’s first album in 20 years, became the fastest-selling vinyl release in Britain since 1997, racking up 6,000 sales in its first week. 2014’s best-selling vinyl album in the U.K. so far is the Arctic Monkey’s AM, followed by Lazaretto by Jack White.