This is part 31 of an ongoing series where the kind folk of the music business reveal their favourite album of all time.

Some may raise their eyebrow at this. As a kid, I was always into electronic and industrial music. Acts like The Prodigy, Daft Punk, Pitchshifter, and Nine Inch Nails were a part of my musical regimen. One day, I turned on WSOU (Seton Hall’s Pirate Radio) and heard Mindless Self Indulgence vocalist Jimmy Urine croon the line “I’ll show you how official midgets jack me off” over thumping beats. The song in question is “I Hate Jimmy Page”, which Jimmy has stated is aimed towards the somewhat laughable seriousness of rock music. Intrigued with a few more songs that I heard from the group, I picked up Frankenstein Girls at FYE and couldn’t put it down for weeks. Lyrically, Jimmy Urine isn’t exactly Thom Yorke or Morrissey; songs about masturbation (“Masturbates”), failing to see eye to eye with the youth (“Keeping Up With The Kids”), and an ode to 90s Nickelodeon TV show Clarissa Explains It All (“Clarissa”) were embedded in a 30 track album that was alphabetized. In the CD booklet, the band clearly states “You must listen to this album with your tongue planted firmly in your cheek”, and they obviously made sure to emphasize that statement throughout their career, starting from their equally as viscous proper debut album Tight. You can certainly sense Jimmy’s “screw you” attitude towards what was considered mainstream music and its image. The thin frontman’s vocals can be somewhat bewildering to some; his falsettos and pseudo rap parts are just as bemusing as the electro punk beats laid down on the album. The songs on Frankenstein Girls averaged about two minutes long; a few of them barely make it through one minute. Musically, it was hard to decipher if Jimmy wanted the listener to dance, mosh, or start a revolution. Maybe, he wanted a wild combination of the three. At the time, the album was something completely different; it was like having GG Allin as the new vocalist for Atari Teenage Riot. The band have matured their sound over the years, but if I had to show a good starting point to get into the band, Frankenstein Girls would be the perfect choice. Another quote from the CD booklet states “P.S. If you think we’re rightwing, leftwing, feminists, sexists, tops, bottoms, gay or straight, I want to tell you right now that we are.” If there’s a band that truly embraces the full nature of their name, it’s definitely Mindless Self Indulgence. 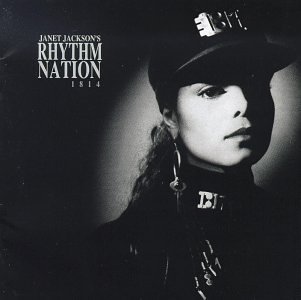 It was a very diverse album that featured rock, pop, RnB, new jack swing, slow jams, and even METAL. Very few artists could get away with creating such an album, complete with conscious activist-lyrics and more mainstream lovey-dovey content. Janet pulled it off. I have yet to hear one other pop star who pull off such an album as successfully as Janet (with the help of Jam & Lewis, of course). Sadly, nobody dares to anymore. 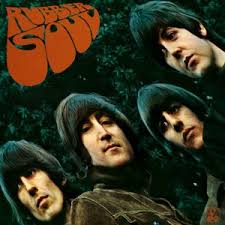 Sort of a breakout album for their songwriting, showing a maturity, and social consciousness. Incredibly harmonies, and wonderfully crafted melodies. Nowhere Man & In My Life are 2 of Lennon’s best songs. All in all a wonderfully simple exercise in pop perfection. And only 4 weeks to record. 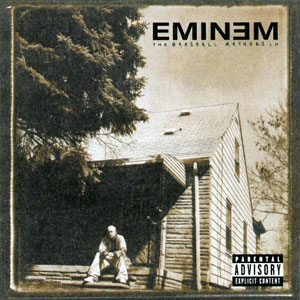 Maybe its because it came out when I was about 13 or 14, and music during people’s formative years always have the most impact on them, but it was what was happening at the time and it meant to so much to me. I remembering listening to it and being more in the zone in a way that I really can’t imagine being in anymore. It was the first album I completely devoured, I knew every song, every lyric, every image in the booklet, and I wanted to know everything I could about Eminem and the album itself. It certainly helped set me on the path that I’m on today. 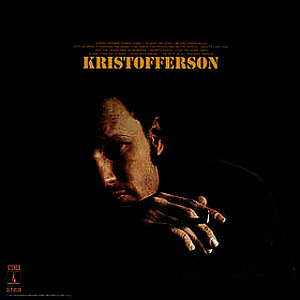 Released at a time when an album might include up to a dozen songs, most of which were filler, just about every song on Kristofferson should have became a hit. Indeed, several became standards- and deservedly so! Shortly before its release (It was Kris Kristofferson’s debut album) I saw Kris in concert in Washington D.C. He was Ian & Sylvia’s opening act and not many in the audience knew who he was (becoming). I knew because I had seen him on ABC-TV’s The Johnny Cash Show. The day of the album’s release I hit the record store. (Remember record stores?) I asked a clerk if the store had Kris Kristofferson’s new album. “Who?” Well, after some digging, he found it for me, but before making my purchase and heading merrily along my way I couldn’t resist telling the salesman: “Six months from now you won’t be asking ‘Who?'”