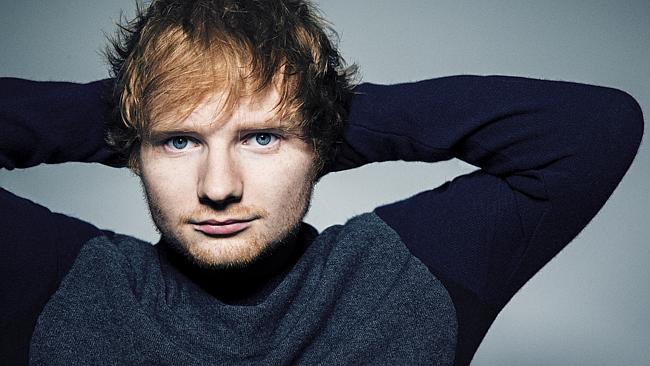 The tour announcement comes on the heels of the acclaimed singer-songwriter’s triumphant night at the 57th Annual GRAMMY Awards, where Sheeran was nominated for 3 awards, including the prestigious “Album of the Year” for his double-platinum-certified album “x” (pronounced multiply).  Sheeran’s other nominations came in the categories for “Best Pop Vocal Album” and “Best Song Written For Visual Media” for his song “I See Fire” from the feature film The Hobbit: The Desolation of Smaug.  Sheeran also received one of the biggest ovations of the night for his performance of his latest single “Thinking Out Loud,” where he was joined by GRAMMY winners Herbie Hancock, John Mayer, and Questlove.  Sheeran returned to the stage to perform with the legendary Jeff Lynne’s ELO.  Both “x” and “Thinking Out Loud” shot to #1 on iTunes immediately following his appearance.

The album “x” – as well as the singles “Sing,” “Don’t” and now “Thinking Out Loud” – have all earned double-platinum status in CANADA. At Canadian radio, “x” has produced three multi-format hits, including the No. 1 smash hits “Sing” and “Thinking Out Loud.”

Already a global smash, “Thinking Out Loud” has gone to #1 in 9 countries around the world, including his native United Kingdom.  Sheeran debuted the single in the U.S. with high profile performances of the song on CBS’ “Victoria’s Secret Fashion Show” and the season finale of NBC’s “The Voice” in December.  The single’s beautifully-shot companion music video (http://youtu.be/lp-EO5I60KA)  – directed by longtime collaborator Emil Nava – has already amassed over 215 million views and features Sheeran ballroom dancing, a skill he learned through intensive, five-hour training sessions over the course of ten days during the North American leg of his worldwide arena tour.

Next up, Sheeran is set to appear on the syndicated “Ellen DeGeneres Show” today for a post-GRAMMY performance of “Thinking Out Loud.”  The acclaimed artist is also among the star-studded lineup performing on  “Stevie Wonder: Songs In The Key Of Life – An All-Star GRAMMY Salute” which airs on February 16.  Sheeran will return to London to perform at this year’s BRIT Awards, where he’s nominated for 4 awards, including Male Solo Artist, Single, and Album Of The Year.

Blending soulful vocals with organic folk introspection and irresistible hip-hop hooks, Ed Sheeran is a genuine global phenomenon. The 23-year-old British singer-songwriter’s acclaimed second full length album “x” (pronounced multiply) finds the 6x-GRAMMY nominee collaborating with a stellar list of producers, including multiple GRAMMY Award®-winners Pharrell Williams, Rick Rubin and Jeff Bhasker, multiple GRAMMY Award®-nominee Benny Blanco, Snow Patrol’s Johnny McDaid, and BRIT-Award nominee and longtime collaborator Jake Gosling. The album has earned Sheeran a remarkable amount of rapturous press attention, including cover stories in Billboard and Parade, and the New York Times’ Sunday Arts & Leisure section as well as major feature profiles in Rolling Stone, Entertainment Weekly, and Time.  Sheeran launched “x” with a breakout performance on NBC’s “Saturday Night Live,” followed by other high profile national television appearances including “The Ellen DeGeneres Show,” the famed outdoor stage on ABC’s “Jimmy Kimmel Live!”, and NBC’s “The Voice” season finale, “The Tonight Show Starring Jimmy Fallon” and Toyota Summer Concert Series in Rockefeller Plaza on “Today.”   Moreover, “x” has drawn critical applause from all corners, with USA Today hailing it in a four-and-a-half-starred rave as “the rare album that satisfies expectations while simultaneously raising them… As good as Sheeran was before, he’s even better now.” “Mr. Sheeran is a gifted singer with a tender tone and a naturalistic way with storytelling,” declared the New York Times, adding, “Though he may well be the most prominent folk-minded singer in contemporary pop, he’s an open-eared experimenter at core, and saddled with none of the modesty, false or otherwise, that typically go with the folkie role.” “(Sheeran) is a polyglot,” noted Time, “raised on folk, R&B, hip-hop and rock in equal measure and comfortable incorporating each of those genres into his compositions.”

Sheeran’s 2012 breakthrough debut album, “+,” entered the UK Albums Chart at #1 with the highest opening sales figures for a debut male solo artist ever and is now certified 6x-platinum. Fueled by international hit singles like “The A Team” and “Lego House,” “+” has enjoyed multi-platinum, platinum, and gold sales in nine countries around the world.

Here in Canada, “The A-Team,” proved to be a blockbuster, earning 3x platinum certification, while the album “+” is certified platinum. Sheeran also earned a platinum single with “Lego House,” and three other singles from the album have gone gold.

Long acclaimed as a captivating and creative live performer, Sheeran spent much of the past two years traversing North America on back-to-back sold-out headline tours, the latter of which including a stop at the renowned Radio City Music Hall that sold out in a matter of minutes.  Following a main support role on Taylor Swift’s massively successful “RED Tour,” Sheeran returned to New York City for a trio of sold-out headline shows at the legendary Madison Square Garden to close out his incredible 2013.

Sheeran’s honest songwriting and incredible live show has also connected with millions through the small screen with countless high profile television appearances including the 55th Annual GRAMMY® Awards (performing “The A Team” accompanied by Sir Elton John), the closing ceremonies of the 2012 Summer Olympics in London, and as the youngest performer among the star-studded lineup on CBS’ special “The Beatles:  The Night That Changed America – A GRAMMY® Salute.”