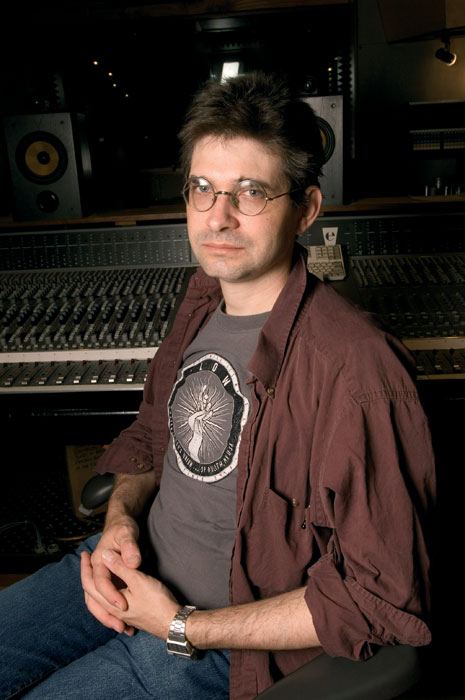 The East Coast Music Association is thrilled to announce Steve Albini as its keynote speaker for the 2015 Eastlink East Coast Music Week Conference.The address takes place on Saturday, April 11 from 4-5pm at the Harbourview Salon in Delta St. John’s.

Steve Albini is a Chicago based musician, recording engineer, and owner of the famed Electrical Audio studio. He has fronted several influential acts, including Big Black and Shellac.

His production work has been featured on over a thousand recordings, including Nirvana’s In Utero, PJ Harvey’s Rid of Me, Low’s Things We Lost in the Fire, and many other semenal works by acts such as Pixies, Magnolia Electric Company, Will Oldham, Iggy & The Stooges, Cheap Trick, and Neurosis.

In 1993, Albini published The Problem with Music, an essay expounding his belief that the major label dominated industry of the time was inefficient, exploited musicians, and led to subpar music. Albini continues to offer constructive insights into what makes for a healthy music ecosystem.

“Having Steve Albini deliver the keynote address at the 2015 ECMW conference is huge for us. As both an artist and recording engineer, Albini has played a significant role in defining what rock music has sounded like for the past 30 years,” says ECMA Executive Director Andy McLean. “Not only has he worked with some of the most influential acts of our time, including Nirvana and The Pixies, he has also doled out invaluable music industry insight and criticism as both a writer and speaker. This announcement gives a great boost to what is already shaping up to be an unforgettable ECMW.”