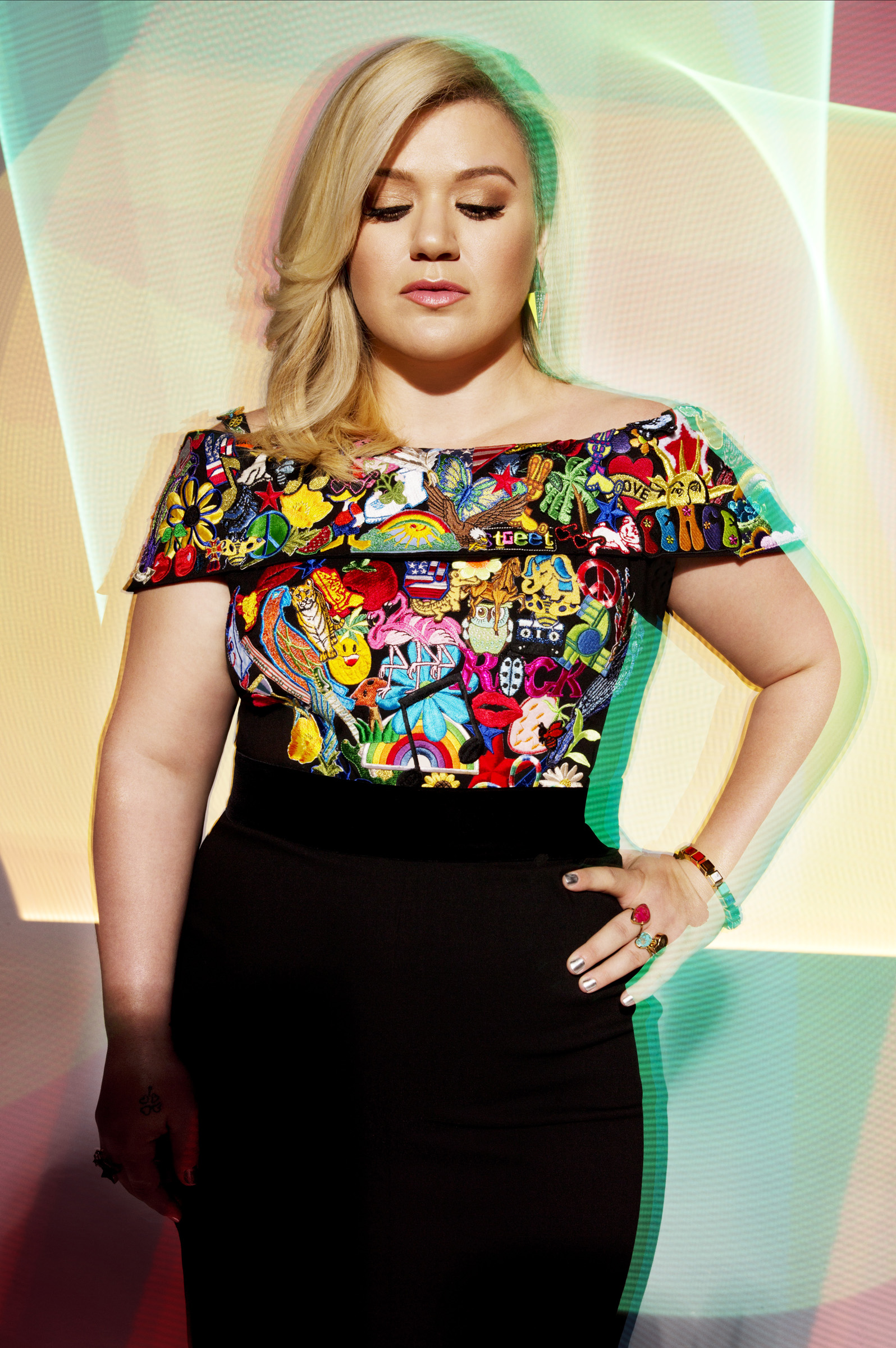 Earlier today on Good Morning America, global superstar and GRAMMY Award winner Kelly Clarkson announced her 2015 PIECE BY PIECE TOUR. The 36-city tour, promoted exclusively by Live Nation, will start on July 11 in Hershey, Pennsylvania and culminate on Sept. 20 in Camden, New Jersey. Joining Kelly on the tour will be recent GRAMMY winners Pentatonix and singer-songwriter Eric Hutchinson. Kelly will be touring in support of her sixth studio album, Piece By Piece, which is available in stores and digitally today.

Fans will be able to access special pre-sales by being members of Kelly’s free online fan club, Kellebrities. To sign up and get more details, visit www.KellyClarkson.com.  Citi® cardmembers will have access to pre-sale tickets beginning Tuesday, March 10 at 10:00 a.m. local time through Citi’s Private Pass® Program. For complete pre-sale details, visit www.citiprivatepass.com. Tickets for the general public go on sale starting Saturday, March 14. For more information on the tour and specific on-sale dates, please visitwww.KellyClarkson.com or www.LiveNation.com.  Join the 2015 PIECE BY PIECE TOUR conversation at #PieceByPieceTour.

Kelly kicked off her U.S. promotion on Sunday with a profile on CBS Sunday Morning, followed by a performance and skit on The Tonight Show Starring Jimmy Fallon last night. Critics have been raving about Piece By Piece, TIME saying it’s, “a record that’s loaded with slick power-pop and uplifting empowerment anthems,” while Billboard states, “Clarkson doubles down on songs that put her skyscraping voice first. And it sounds better than ever.” Kelly can also be seen on the cover of this week’s People Magazine.

GRAMMY® Award-winner Kelly Clarkson has released six studio albums (Thankful, Breakaway, My December, All I Ever Wanted, Stronger, Piece By Piece), one Greatest Hits album, one Holiday album; has sold over 20 million albums worldwide; and has had 10 singles in the Top 10 on the Billboard Hot 100 Singles Chart. She is the recipient of three GRAMMY® Awards, four American Music Awards, three MTV Video Music Awards, two Academy of Country Music Awards, and one CMA Award. Clarkson’s last studio effortStronger was certified platinum, won the Grammy for Best Pop Vocal Album and produced the smash singles, “Mr. Know It All” and “Stronger (What Doesn’t Kill You),” which marks Kelly’s 9th and 10th Top 10 hits. “Stronger (What Doesn’t Kill You)” was #1 on Billboard’s Hot 100 Chart for two consecutive weeks (three weeks total) marking her third #1 on the Hot 100 Chart.  In 2013, Kelly released her very first Christmas album Wrapped In Red, which is certified platinum and debuted at #3 marking the biggest holiday album debut for a female since 2010.

GRAMMY® Award-winners and platinum selling recording artists Pentatonix consists of vocalists Scott Hoying, Kirstin Maldonado andMitch Grassi, vocal bass Avi Kaplan and beatboxer Kevin “K.O.” Olusola.  Since bursting onto the scene in 2011, the group has sold more than 2 million albums in the U.S. alone and amassed over 860 million views on their YouTube channel with more than 7.7 million subscribers. Their latest holiday album – That’s Christmas To Me – sold more than 1.1 million copies in the U. S., becoming one of only four acts to release a platinum album in 2014. In February 2015, the group received their first GRAMMY® Award for Best Arrangement, Instrumental and A Cappella for their “Daft Punk” medley. The group is currently on the North American leg of their “On My Way Home” tour which has already sold out of all of its 100,000 tickets. This spring, Pentatonix will make their film debut in Pitch Perfect 2.

Eric Hutchinson made his full-length debut in 2007 with the independently released Sounds Like This, which entered Billboard’sHeatseekers chart at No. 1 and yielded three radio hits, including the Gold-certified “Rock & Roll.” 2012’s Moving Up Living Downbowed in the Top 30 of the Billboard 200 and Pure Fiction, his latest album, debuted in the Top 10 on iTunes’ overall albums chart. A late night TV favorite, Hutchinson has appeared on Conan, The Late Show with David Letterman, Jimmy Kimmel Live!, The Tonight Show with Jay Leno and The Late Late Show with Craig Ferguson. Esquire.com said, “He’s got chops… and his sunny lyrics reveal a wry double edge” and Idolator.com called Hutchinson’s music “inescapably catchy.” Pure Fiction – which was produced by Jerrod Bettis (Adele) and Aben Eubanks (Kelly Clarkson) – includes the single “A Little More,” which was tapped by Netflix for a worldwide advertising campaign.