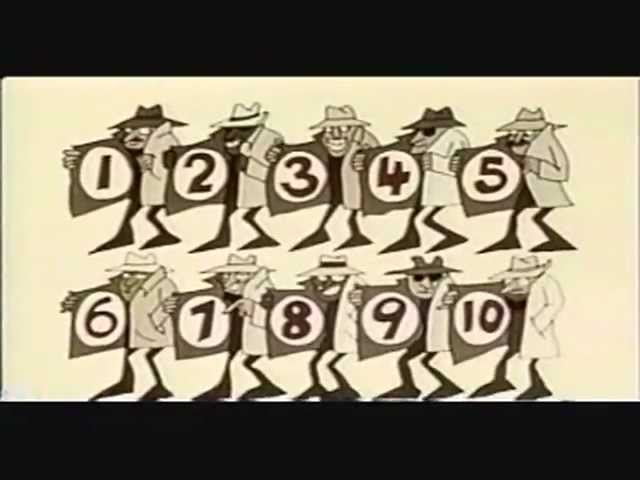 That’s the voice of Grace Slick, of Jefferson Airplane in the video below. She was featured in nearly every episode of Sesame Street‘s debut season in 1969, singing counting songs over psychedelic free jazz and groovy animation. The Jazz Number segments, featuring race cars and spies, debuted in the first test pilot, and was first broadcast in the first episode of the series. Jazz #3 appeared in the second test show.

“John Magnuson of Imagination, Inc. hired me to compose and perform that soundtrack, which is called “1 to 10”. I’m playing piano and clavinet on it, with Bobby Natanson on drums, and Mel Graves, bass. Some time after we recorded it, Grace Slick over-dubbed her parts.”

Jazz #8 was often followed by an Ernie and Bert sketch, which begins with Ernie watching (and singing along to) the end of the segment on his TV.