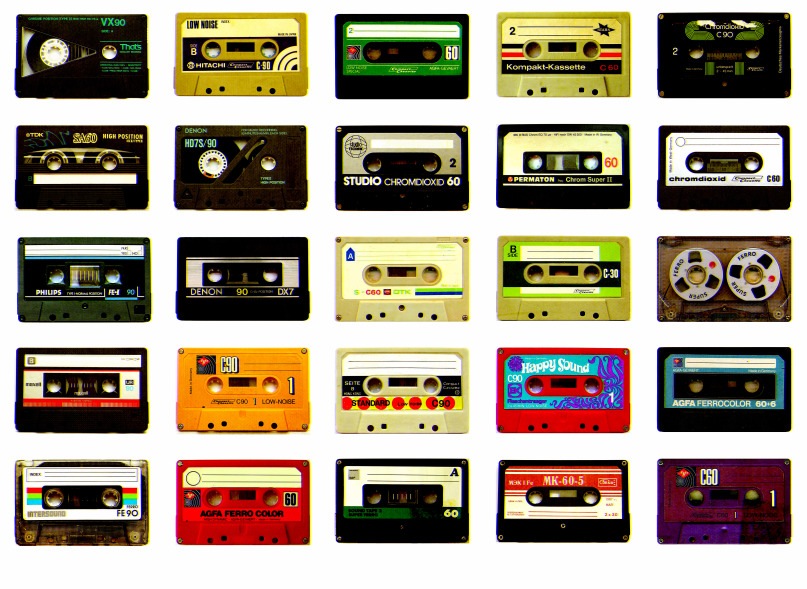 From Consequence of Sound:

For a time, the cassette tape absolutely dominated the sales market. In 1990 alone, a staggering 442 million tapes were sold. However, with the rise of the CD, the birth of the mp3, and the eventual resurrection of vinyl, sales dwindled, and by 2007 only a mere 274,000 individual cassettes were sold. Sure, cassette-centric labels like Kissability and Mirror Universe Tapes have offered the cassette a new and niche following, but it’s a clear sign of the times when the cassette’s accompanying Walkman is regarded like some alien artifact.

Now, though, Sony has brought the cassette back from the dead by unveiling a tape that can hold a whopping 148 gigabytes per square inch. If you can’t do the math, that’s 185 terabytes of total data. We’ll wait as you toss your iPod into the trash.

The tape, which was unveiled this weekend at the International Magnetics Conference in Dresden, holds approximately 74 times the amount of data of standard tapes. (For comparison, by 2010, most standard tapes could only store about 29.5 GB per square inch.)

Divine influence or magic aside, how exactly did Sony manage to boost the potential of the 50-plus-year-old magnetic tape technology? According to Gizmodo:

“The tape uses a vacuum-forming technique called sputter deposition to create a layer of magnetic crystals by shooting argon ions at a polymer film substrate. The crystals, measuring just 7.7 nanometers on average, pack together more densely than any other previous method.”