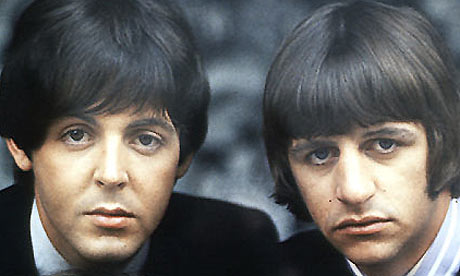 Paul McCartney will induct former Beatle-mate Ringo Starr into the Rock and Roll Hall of Fame as a solo act this coming April. Starr is already in the Rock Hall, as part of The Beatles.

Patti Smith will handle the duties of posthumously welcoming Lou Reed into the institution for his solo career. Reed was already inducted as part of punk group The Velvet Underground.

It has not been announced yet who will induct Joan Jett & the Blackhearts.

The ceremony will be held April 18th in Cleveland. The event will be filmed and highlights will be aired later as an HBO special on May 30.