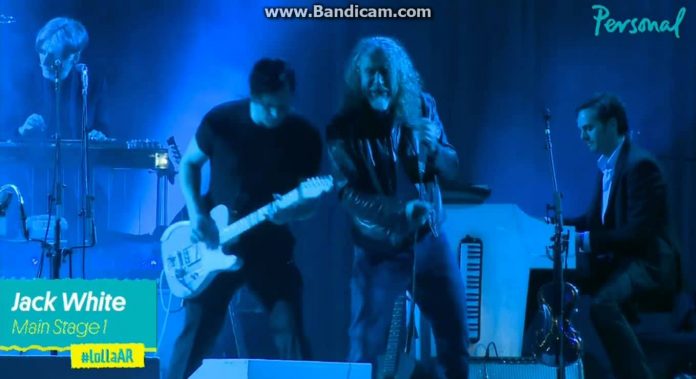 “I love Jack White’s buccaneer spirit, and the way he dodges through the musical horizons. I’d be happy to make a single with him,” Robert Plant revealed during a Reddit interview last September. Plant and White found themselves on the same lineup for the Lollapalooza Argentina festival, so why not perform together, right? Plant joined White during his Saturday night headlining set for a performance of Led Zeppelin II’s “The Lemon Song.”

According to Setlist.fm, this was the first time Plant had sung “The Lemon Song” live since Plant and Jimmy Page gave the track a one-off performance during the Norway stop of their joint tour together in June 1995.