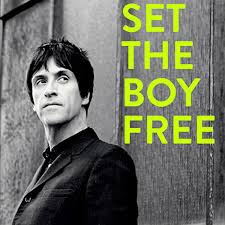 Johnny Marr is one of the greatest guitarists working in music today, perhaps best known for his generation defining work with Morrissey in The Smiths, Marr went on to create the super-group Electronic with Bernard Sumner of New Order and work in bands such as The Pretenders, The The, Modest Mouse and The Cribs before embarking on a successful solo career which saw the 2014 release of his second album, the critically lauded Playland.

Said Marr: “For the past few years as I’ve been out on tour promoting my solo work fans and journalists have been asking me when I’ll write my book. I’m very happy to say that the time has come to tell my story.”

Century Publishing Director, Ben Dunn said: “It’s the book Smiths fans have been waiting their whole lives and the early material that Johnny has written is utterly breath-taking. I’m delighted that Johnny has chosen Century to be his publisher.”

Century will publish in hardback and ebook in Autumn 2016 with an Arrow paperback the following year.