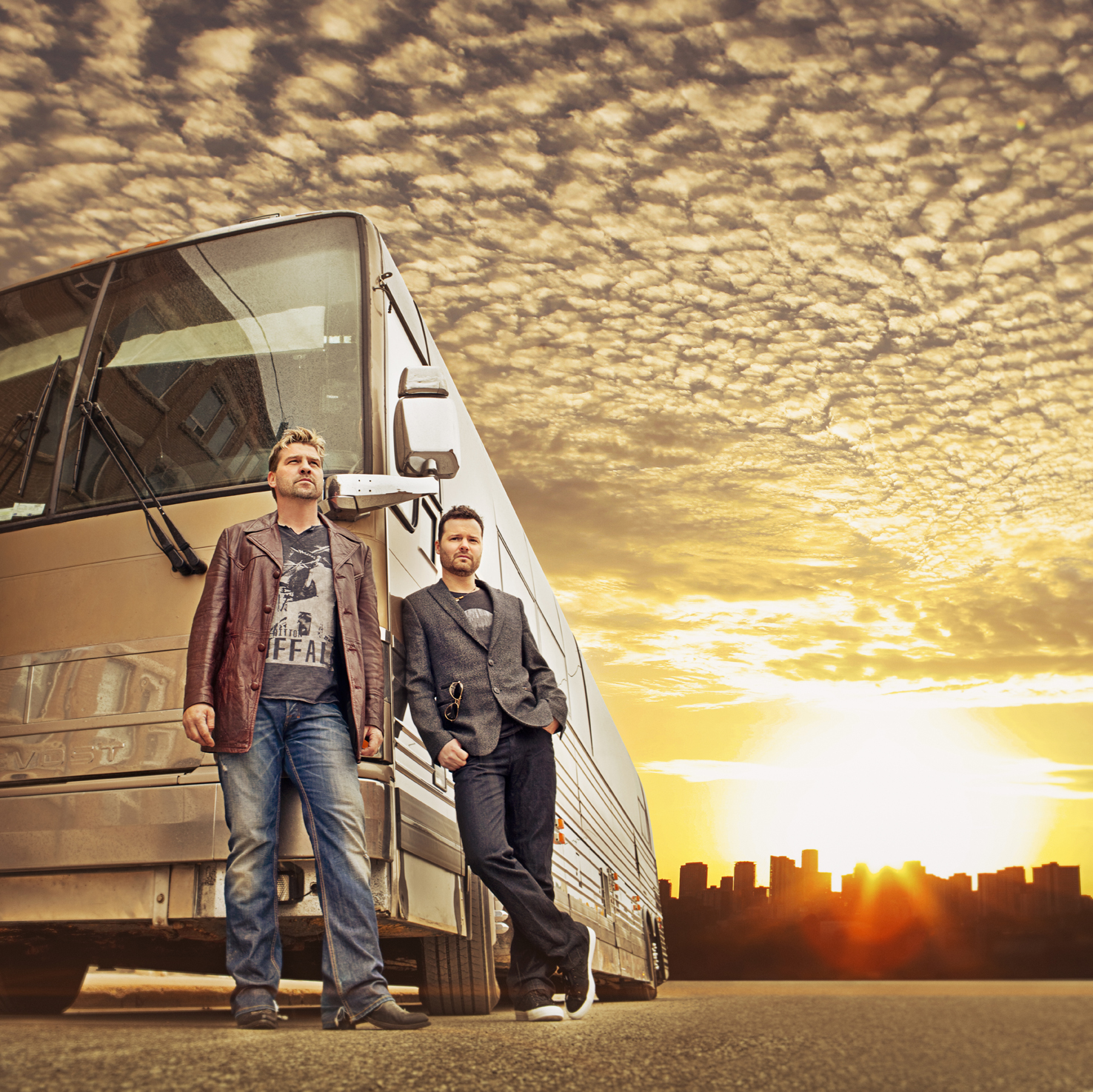 Even with several mantelpieces worth of hardware to their credit, and a growing international profile that has resulted in three Australian tours, the band refuses to rest on past laurels. “After a while the tried and true becomes been there, done that, guitarist Dave Wasyliw says. “With every new album we evolve to some degree. I think it‟s exciting to go to work and not know what‟s going to happen next.” The band‟s seventh album, 16 & 1, released in 2011, was a bit of a sea change for the group musically, but still reflected the values that have made the band endearingly popular over time. Now, with Doc Walker’s eighth full length album, that includes the Top 10 hit “Put It Into Drive,” and the singles Shake It Like It‟s Saturday Night, and That’s How I Like It. “Our music speaks to the pride we have in our roots, and the gratitude we have to the fans,” says lead singer Chris Thorsteinson, “and that is the most important thing. At the end of the day, all we want to do is write a record that we love, and that we know our fans are going to love and want to sing along to.”

The 8th is their eighth studio album, released on October 21, 2014 by Open Road Recordings. The album includes the singles Put It into Drive, Shake It Like It’s Saturday Night and That’s How I Like It.

Eric: So, look, every country music fan knows about Doc Walker now. Here’s what surprised me going back into the history of the band. You guys released 11 singles in the beginning of your career, but it didn’t get a lot of play. Then, all of a sudden your next eight hit, then your last three, two of them broke into the top 20. When that happens, do you guys look at each other and say, we’ve figured it out?
Chris Thorsteinson: Never, you never know what’s going on in the industry or what’s going to hit or what’s not going to hit. I think, what we’ve tried to do throughout our career, and I know this sounds cliche but be true to what you are. The thing is, if you’re true to what you like to play and what you like to write, it’s easier to repeat that. Say you stumble upon a single that someone else wrote and it’s a huge hit, ok, I’ve got to go find more singles like that. We were lucky enough that the singles we were writing and even the singles that we were picking that we liked were connecting. It was an easy process for us to either pick another song or write another song that was sort of in the same ballpark as that. That is what, over the years, has kept us alive.

Eric: One thing I’ve loved about Doc Walker, you’ve never been shy of doing covers. When you figure out what kind of cover that you want to do, how deep into it do you get in terms of learning from what made that song really great to begin with?
Dave Wasyliw: The great thing about it is the songs that we do decide to cover, they’ve hit each band member in a certain way. So, it’s almost easy in that sense where I already feel something for that song. Each guy agrees that it’s going to be on the record so they feel something for it too.
Eric: Of all the songs Genesis did in their career, and I dearly, deeply love them, That’s All was the one I couldn’t get into, but I was amazed no group had covered it before.
Chris: [laughs] Our producer, Justin Niebank and his wife, they were driving through the TN hills, listening to music, they were listening to Doc Walker and they were listening to radio and that song came on and his wife said, this would be a great song for that Canadian band to record? Even Justin is a producer who has produced Taylor Swift, everybody, worked on all the Keith Urban records, just shocked by this observation going, well that’s a really good idea! Then Murray came up in the studio with that sort of guitar lick, that swampy guitar lick and it all made sense. The thing is, the hard part for me anyway is trying to be as respectful as you can to the original artists and the reasons why it was a hit yet still try to put your stamp on it without offending any huge Genesis fans, which we did, and it’s fine.
Eric: You did Bob Seger’s Get Out Of Denver.
Chris: Then Drivin’ With The Brakes On was a Del Amitri song.
Dave: We did Comes a Time, Neil Young.
Chris: Waylon Jennings. So we’ve done a lot, but like Dave said, all of them have a special place in each of our hearts.
Eric: You’re paying homage to those great artists, but you also pay tribute to you families on the single That’s How I Like It.
Chris: The reason we actually picked that song, we didn’t write the single but for me and being married now and having three kids.
Eric: How old?
Chris: Seven, four and three.
Eric: So you haven’t slept since 2008.
Chris: Ha! No, and Dave has three kids also.
Eric: Same ages?
Dave: No. I have a thirteen year old, four year old and a six month old.
Eric: You didn’t plan this out between band members correctly.
Chris: Tell me about it! The single “That’s How I Like It” is about love and relationships that really reflects the life that Dave and I lead right now with having kids. It’s a nice little love song to our families. My goal when I got married and had kids was to not write a song about my kids and my wife because so many artists do it. When you’re single and you look at and say, I’ll never do that! We’ve written songs like that but when you think oh my god we’re having another kid and you have two and it wasn’t something you expected and then you see this beautiful little girl. All of a sudden we find ourselves writing these songs but we wanted to do it in a very honest way.

Eric: What did you want to do on the new album that you might have not had the chance to do before?
Chris: We made vinyl, which is cool.
Eric: When you’re a band, there’s something about holding your own vinyl.
Chris: We set out to make a record when we were young, and we finally did!
Eric: The audiences keep getting bigger for you. Do you miss anything of the old days?
Chris: Oh yeah, and no.
Dave: I miss a lot less than you do, I think.
Chris: I don’t miss traveling in a suburban.
Dave: I don’t miss Mr. Noodles.
Chris: You know what I do miss? And we got to experience this, with the first time we went to Australia. We’ve had 4-5 records out in Canada, it was doing really well, we go to Australia and it was like going back to the start of our career again with these brand new fans. No one knew us. The one single we had out, If I Fall, it was the first time that this sort of Country has ever heard of this band and it was a real nice exciting moment for us, which was what I miss about the old days. We’re always fighting for it but it was nice to have that freshness again.