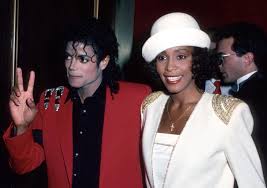 An emotive public increase a musician’s records sales by more than 50 per cent following their death according to new research.

Albums from artists like Michael Jackson, Whitney Houston and Lou Reed are snapped up by nostalgic punters who fondly remember the music, while the publicity and subsequent advertising attracts a new breed of customers according to Leif Brandes, Assistant Professor of Marketing at Warwick Business School.

“This all leads to sales more than 50 per cent up on figures pre-death. There is also a marked sales increase on an artist’s more critically well-received albums, which shows the importance of new customers for after-death sales figures.”

In total the researchers looked at 446 albums from 77 artists who died between 1992 and 2010, including stars like Jackson, Wilson Pickett, Dusty Springfield, Aaliyah and Notorious B.I.G. They used sales information from music sales tracking company Nielsen Soundscan and experts’ evaluation of the quality of an album as featured on allmusic.com.

They found album sales increased on average by 54.1 per cent in the four months after death compared to the four months before death and that the relative increase in sales is higher for the artist’s critically acclaimed albums.

For example, the researchers found when Jackson died in 2009 it took less than 24 hours for his work to account for every entry in the top 10 album charts at Amazon.com.

The death of Houston even led to a new sales record. In the week following her death in February 2012, she became the first woman to place three albums in the top 10 of the US Billboard 200 charts at the same time.

The researchers also conducted an in-depth survey on the music consumption of more than 2,000 participants, focussed on the albums of Jackson, Houston and Lou Reed.

Participants were asked which albums they purchased before and after the star’s death, and given multiple options on why they bought the albums. Respondents were also asked about their emotional response to hearing about the artist’s death.

These latter two observations are particularly important, as they explain why existing customers find an artist’s low-quality albums more appealing after death.

“This is due to feelings of nostalgia,” said Dr Brandes. “Indeed, previous studies suggest that mourning fans are likely to experience such feelings to a greater extent.

“Nostalgia can improve existing customers’ evaluation of the low-quality albums, because it has been found to be inherently a positive affective state, so people like the product better. In the context of music songs, this positive affective state has been found to be strongest when individuals are familiar with the song and link it to important autobiographical events.”

The findings of the study have clear managerial implications for retailers, because they show that a person’s buying activity can be valuable information for targeting them with communication following the death of a music star.

Dr Brandes said: “Many online retailers such as Amazon, iTunes, or Netflix know a customer’s complete order history and often provide person-specific product recommendations. Our results suggest that retailers can also use this information after the death of an artist. While a focus on the informative aspect of the death seems appropriate to attract new customers, existing customers are more likely to respond to an emotionally laden message that triggers the need for loss compensation.”