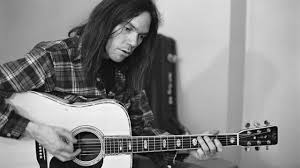 Neil Young has announced that he will perform a benefit concert in Edmonton, AB on Friday, July 3 at Rexall Place. The “Honour The Treaties” concert will raise money for the Athabasca Chipewyan First Nation (ACFN) Legal Defense Fund. Also performing are Canadian legends Blue Rodeo, in their first Edmonton appearance since their triumphant closing set at the 2014 Edmonton Folk Music Festival.

“The ACFN are continuing our legal challenges to stop out of control Tar Sands development from destroying our traditional territory and rights as Indigenous peoples. With the support of Neil Young and fans we are creating more accountability from our governments for the safe guarding of our lands, rights and future generations in Alberta, Canada and beyond. Our people, our climate and our planet can no longer afford to be economic hostages in the race to industrialize the earth. We must act now for the future generations.”

The ACFN refer to themselves as K’ai Taile Dene, meaning “people of the land of the willow.”  A Legal Defense fund was set up to support the ACFN’s legal challenges against oil companies and government that are obstructing their traditional lands and rights. As people of the land, the ACFN have used and occupied their traditional lands in the Athabasca region for thousands of years, hunting, trapping, fishing and gathering to sustain themselves and continue spiritual cultural rights passed down through generations. The ACFN’s legal challenges will ensure the protection of their traditional lands, eco-systems and unique rights guaranteed by Treaty 8, the last and largest of the nineteenth century land agreements made between First Nations and the Government of Canada, are upheld for the benefit of future generations.

Tickets for the Edmonton concert will range from $45.00 through $175.00 and will be limited to 4 tickets per person. Tickets will go on sale Friday, May 1 at 10am and will be available at www.livenation.com, Charge-By-Phone 1-855-985-5000 and in-person at all Ticketmaster Outlets.