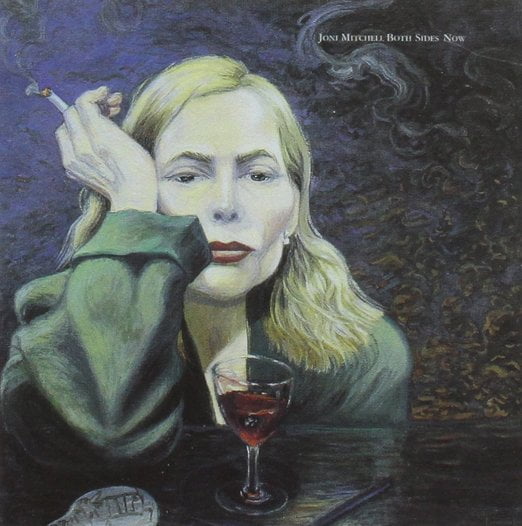 Canadian songwriting legend Joni Mitchell is in a coma and unresponsive, according to TMZ. The website reported Tuesday that Mitchell was in hospital with “no immediate prospects for getting better.”

TMZ reports that Mitchell’s longtime friend Leslie Morris filed legal documents to obtain “conservatorship” over the Saskatchewan-raised songwriter, because no other close relatives were available.

Mitchell began singing in small nightclubs in Saskatchewan and Western Canada and then busking in the streets and small club of Toronto. In 1965, she moved to the United States and began touring. Some of her original songs (“Urge for Going”, “Chelsea Morning”, “Both Sides, Now”, “The Circle Game”) found homes with other folk singers, allowing her to sign with Reprise Records and record her own debut album in 1968.

Mitchell has deeply influenced fellow musicians in a diverse range of genres, and her work is highly respected by critics. AllMusic said, “When the dust settles, Joni Mitchell may stand as the most important and influential female recording artist of the late 20th century”, and Rolling Stone called her “one of the greatest songwriters ever”. Her lyrics are clebrated for addressing social and environmental ideals alongside personal feelings of romantic longing, confusion, disillusion, and joy.

Tonight might be just another time to listed to her Blue album. With this in mind, let’s hope she pulls through, and honour her fighting with 25 of her greatest quotes.

On music: “I see music as fluid architecture.”

“There are things to confess that enrich the world, and things that need not be said.”

“When the world becomes a massive mess with nobody at the helm, it’s time for artists to make their mark.”

“In some ways, my gift for music and writing was born out of tragedy, really, and loss.”

“I don’t like being too looked up at or too looked down on. I prefer meeting in the middle to being worshiped or spat out.”

“I thrive on change. That’s probably why my chord changes are weird, because chords depict emotions. They’ll be going along on one key and I’ll drop off a cliff, and suddenly they will go into a whole other key signature. That will drive some people crazy, but that’s how my life is.”

“I don’t understand why Europeans and South Americans can take more sophistication. Why is it that Americans need to hear their happiness major and their tragedy minor, and as jazzy as they can handle is a seventh chord? Are they not experiencing complex emotions?”

“Back then, I didn’t have a big organization around me. I was just a kid with a guitar, traveling around. My responsibility basically was to the art, and I had extra time on my hands. There is no extra time now. There isn’t enough time.”

“Not to dismiss Gershwin, but Gershwin is the chip; Ellington was the block.”

“When you’re trying to pass on the best of the stuff you’re culling to what should be a hungry culture but you have it diminished… that’s kind of disappointing.”

“I always thought the women of song don’t get along, and I don’t know why that is.”

On the difference between New York and Los Angeles: “In New York, the street adventures are incredible. There are a thousand stories in a single block. You see the stories in the people’s faces. You hear the songs immediately. Here in Los Angeles, there are less characters because they’re all inside automobiles.”

“I see the entire world as Eden, and every time you take an inch of it away, you must do so with respect.”

On Neil Young: “You know, Neil Young is singing Rock n’ roll will never die, and Neil never rocked and rolled in his life. I mean, he rocked, but he didn’t roll. He has got no swing in him.”

On humans: “My heart is broken in the face of the stupidity of my species.”

On songwriting: “You could write a song about some kind of emotional problem you are having, but it would not be a good song, in my eyes, until it went through a period of sensitivity to a moment of clarity. Without that moment of clarity to contribute to the song, it’s just complaining.”

“My goal as a writer is more to comfort than to disturb.”

On her childhood: “My childhood was very difficult. I had every childhood disease and then some, but my parents didn’t mollycoddle me. They left me to fight those battles on my own. I guess that was very Canadian, very stoic. But it’s good. I had to become a warrior. I had to give up hope and find a substitute for hope that would be far more stable.”

On America: “This is a nation that has lost the ability to be self-critical, and that makes a lie out of the freedoms.”

On creativity: “I sing my sorrow, and I paint my joy. Sorrow is so easy to express and yet so hard to tell.”

On getting older: “You wake up one day and suddenly realize that your youth is behind you, even though you’re still young at heart.”

“I know my generation – a lot of them, they’re getting old now, and they want to think back fondly, they want to kid themselves. A lot of them think, ‘Yeah, we were the best.’ That’s the kiss of death. That’s non-growth. And also that’s very bad for the world.”

On life: “My name had gone stale, and no matter how progressive I got, it was my time to die.”