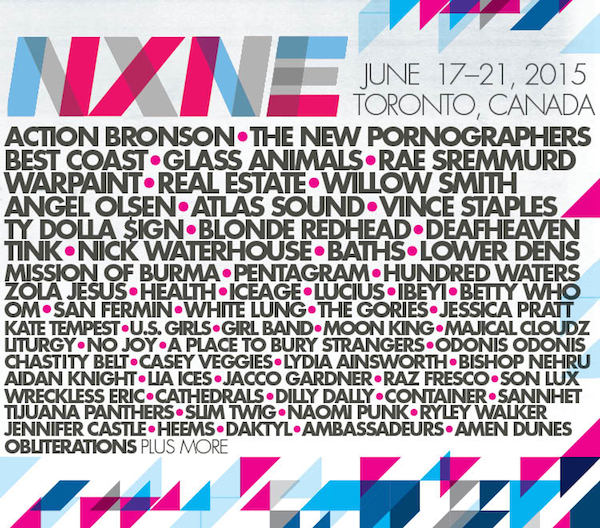 North by Northeast (NXNE) is thrilled to announce its latest round of music programming for the fest, which features an eclectic mix of hometown heroes and the most anticipated new acts of 2015. Taking place June 17-21, 2015 in Toronto, with previously announced artists including Action Bronson, The New Pornographers, Rae Sremmurd, and Best Coast, NXNE has now confirmed performances by psych-rock quartet Warpaint, Bradford Cox’s solo project Atlas Sound, and 14-year-old rising star Willow Smith.

For ticketing information and a complete list of artists playing NXNE 2015, visit www.nxne.com, and be sure to check out the NXNE Spotify playlist here.  More exciting programming and partnership announcements will be released in the coming weeks . . . stay tuned!