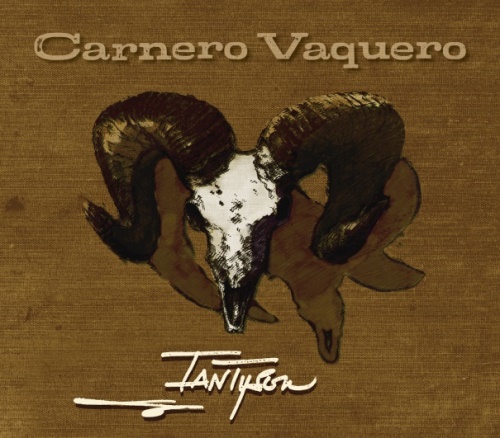 The late blues singer John Lee Hooker, asked at age 85 whether he planned to retire, told a reporter: “It’s too late to quit now.” That may well be the motto of Ian Tyson, whose ongoing career began in the folk music boom of the early ‘60s.

Now 81, Tyson has just recorded a new album for Edmonton-based Stony Plain Records — and he still plays some 40 concerts a year as well as manages the Tyson Cattle Ranch south of Calgary. U.S. dates on his upcoming tour in support of the new album’s release include May 16 at The Birchmere in Alexandria, VA; and July 16 at The City Winery in New York City.

Carnero Vaquero includes 10 songs that can be described as true and clear as the western sky, the foothills of the Rockies and the changing cowboy tradition. The album’s title — “Carnero” is the Spanish word for ram, and “Vaquero” is Spanish for cowboy, and, indeed, the cowboy tradition, particularly in the south-western United States — is an accurate indication of the music.

The songs range from the traditional (“Doney Girl”) to co-writes with Calgary’s Kris Demeanor. There are five new Ian Tyson songs, as well as a tuneful remake of “Darcy Farrow” (originally recorded in the early ‘60s Ian & Sylvia folk duo days). “Wolves No Longer Sing” is written with Tom Russell — the pair co-wrote “Navajo Rug,” one of Tyson’s biggest hits.

Tyson’s voice, which has recovered from the accident that severely damaged it in 2007, recorded the album with his core touring band. Instead of a formal studio, Tyson cut most of the CD in a 100-year-old stone building, a mile down a gravel road from his ranch house; it’s the building where Tyson works every day when he’s not on the road. “I think that the ghosts of all the songs I’ve written here approve of the new ones,” he says.