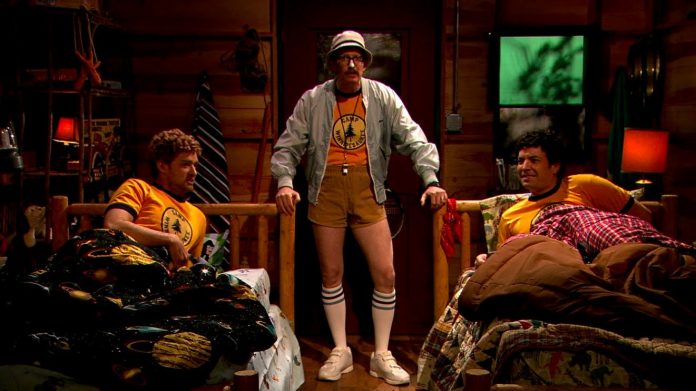 “I would see UNICEF commercials on TV, way back in the day, and I was a big reader of National Geographic. I’ve just always kind of been fascinated with Africa. I just kind of romanticized this story about a social worker that was over there, that falls in love and can’t — is having kind of a paradox, trying to tear himself away from Africa to actually have a life.

“I went to an all-boys Catholic school, and there were a lot of brothers that were teaching us there, and they were going to Africa and coming back. A lot of them were deciding whether to go into the priesthood, or whether to get married or not, and there were a lot of issues — like, celibacy was obviously a big issue. I had all these things rattling about in my brain when I was writing the song. All these thoughts about priests and young social workers that have gone over there, devoting their lives to helping people, and having to choose what kind of life they’re going to have — whether to keep doing this, what I’m doing here, or can I have a life, get married, have kids, and do that kind of thing. So it was a life choice mixed in with a geographical fascination there.

“We had finished our record, so when I started writing that, they were like, ‘Dave, why don’t you save this for your solo album?’ It’s kind of the joke — when someone writes a song that doesn’t really fit into the Toto mold, the joke is, everybody says, ‘Save that for your solo album.’ So the band kind of indulged me and let me start working on this track for it. This one barely made it; it just got on the end of the Toto IV album. It’s the one that didn’t get away, you know?

“It’s a very special song, you know? I was asked to perform it at the United Nations, to bring on Bishop Desmond Tutu, when he got a humanitarian award there. Then, in the late ’90s, we were able to go back to South Africa, after apartheid was ended, and we were able to play Capetown and Johannesburg and play ‘Africa,’ with some of the local musicians there and singers. It was quite a treat for us. It was just like a pinch-me moment. And at the same time, it’s become a kind of icon, a humorous icon. When it was on Family Guy, the world found out Toto doesn’t take itself all that seriously. We thought it was funny. Then we saw Justin Timberlake and Jimmy Fallon do a little skit on ‘Africa,’ and we really enjoyed that.