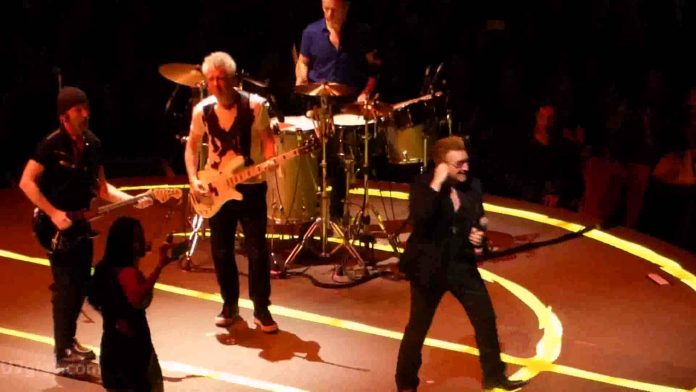 The debut performance of U2’s When Love Comes To Town took place in 1987 during the concert’s encore and BB King joined U2 to perform the song. On the next tour, 1992-93’s Zoo TV Tour, When Love Comes to Town did not debut until the second-last concert of the first leg in April, 1992. U2 would not perform the song for years after the fourth leg’s final show on August, 1993 in Dublin, although B.B. King continued to play the song at his live shows.[4]

After King died on May 14, 2015, U2 paid tribute to him during a show in Vancouver the following night by playing When Love Comes to Town for the first time in 23 years. Watch the video below

…and here’s the original video: