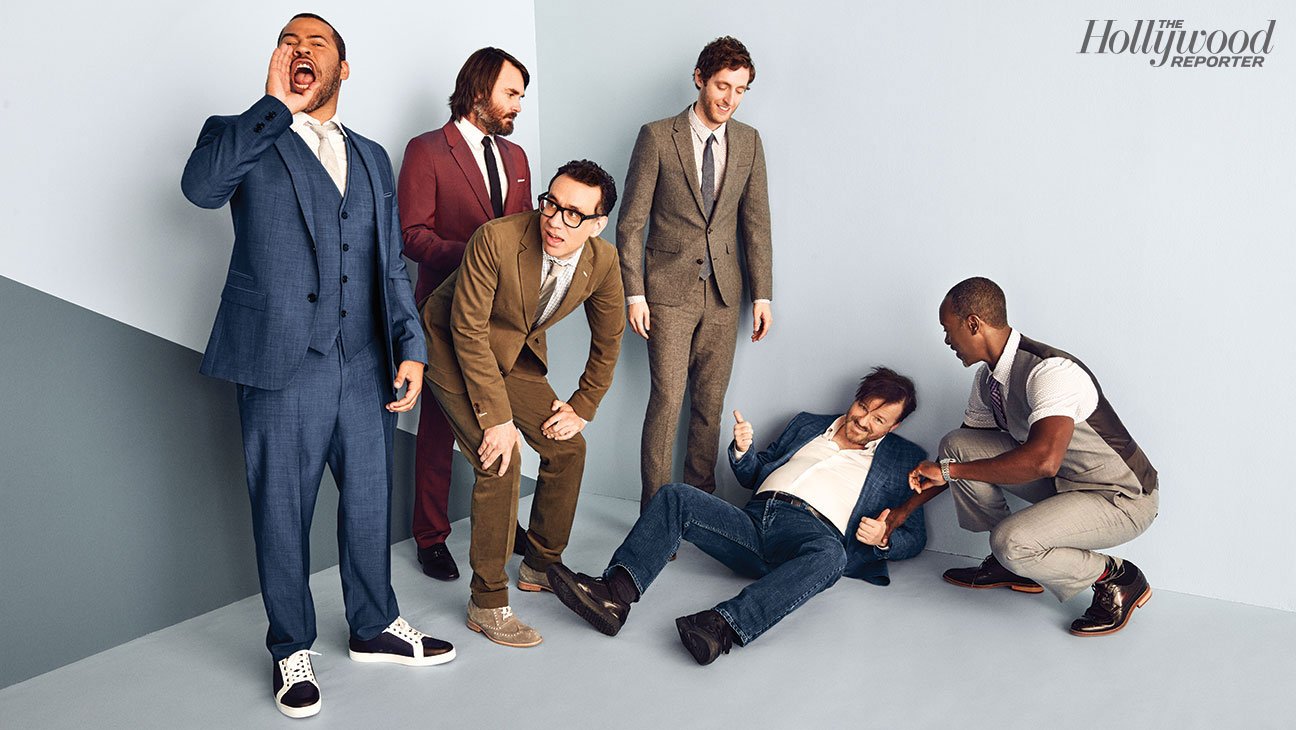 Present company excluded, who are your dream comedy collaborators?

GERVAIS You can all still say me.

ARMISEN I would say Prince. (Laughter.) I’ve worked a little bit with Louis C.K. on SNL, but doing something with him on Portlandia would be fun. And maybe Woody Allen?

MIDDLEDITCH My top one — besides everyone at this table — would be Jim Carrey. But Jim Carrey in The Truman Show or Eternal Sunshine of the Spotless Mind. He can do everything. On the other side of the spectrum — Wes Anderson. After seeing [The Grand] Budapest [Hotel] so many times, I just want to know, how can I get into his dollhouse world?

PEELE Christopher Guest and Catherine O’Hara — that whole crew is legendary. If I could be in one of his movies, I’m done. I’m hanging up the gloves.

CHEADLE You actually have an audition next week.

GERVAIS Don’t do the acting!

ARMISEN You know who would be great whom I haven’t seen in a long time is Rick Moranis.

MIDDLEDITCH Can we pick nonliving people?

GERVAIS He’s perked up now that dead people are in.

ARMISEN You’ve seen him with the fangs and everything.

PEELE That was Prince.

PEELE You already worked with Kristen in a movie.

GERVAIS I know. Wait, does this round­table count now? Have I officially “worked with” all of you now?

GERVAIS Also, Bill Murray for me. And Mickey Mouse.

GERVAIS Steamboat Willie — hey, that’s what I called Fred in the toilet earlier, isn’t it? (In a high-pitched voice) “OK, who’s going to have a wee now? Into the train, into the station, wee, wee, wee, wee, wee!”